Archos’ new Helium smartphones offer 4G LTE at $200 and above

Before 2013 could come to an end, Archos announced that it would launch a wide category of connected devices at the CES 2014 including smartwatches, a weather station, a blood pressure monitor and more. Well, the company has now added two new smartphones to that list, the 45 Helium and 50 Helium.

Both aforementioned handsets will be 4G LTE enabled. The former device will fall in the entry-level segment, while the latter offers mid-range specs. The 45 Helium comes with a 4.5-inch FWVGA IPS touchscreen and a VGA camera on the front, while the rear sports a 5MP AF snapper. The phone offers 4GB of storage, 1GB of RAM, a Qualcomm MSM8926 quad core processor and a Li-on 1700mAh battery. 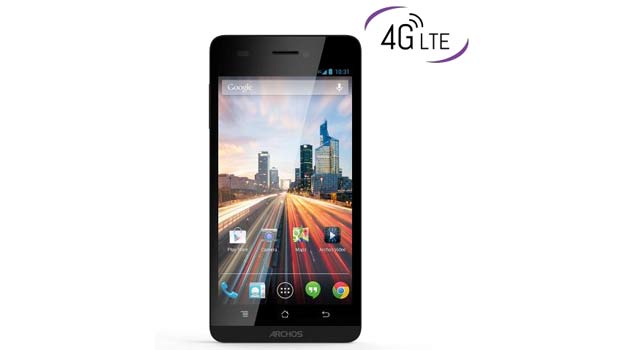 Like the 45 Helium, the 50 Helium also comes with Android 4.3 Jelly Bean preloaded and it will be update to KitKat in the near future. The same 1.4GHz quad core processor and 1GB of RAM seen in the smaller sibling are featured here as well, albeit the screen size is stretched to 5 inches wide with 720p HD resolution. Additionally, there’s 8GB of internal storage, an 8MP rear camera, a 2MP webcam and a 2000mAh Li-ion battery onboard.

Here are the common specifications of both Helium handsets: