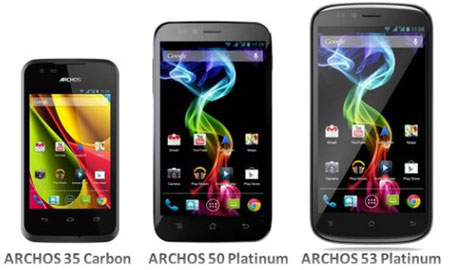 Archos has launched a line of smartphones that run on Android called the 35 Carbon, and the 50 and 53 Platinum, and prices start at just $99.99. Each device will have a slim profile, an IPS screen and the flexibility of dual SIM functionality, as well as a Qualcomm processor, as the company digresses from its traditional strength – tablets.

Let’s start with the 35, which unfortunately hasn’t been engineered to run on Jelly Bean. Instead, those who chose to pick up the gadget will have to make do with Ice Cream Sandwich. As the name suggests, it comes with a 3.5-inch capacitive display capable of multi-touch and a resolution of 320 x 480 pixels. A 1,300mAh battery and a few sensors have also been added. 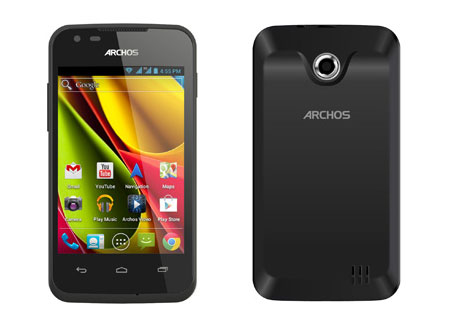 Coming to the 50 and 53, they share certain specifications such as a 1.2GHz quad core Qualcomm 8225Q Cortex A5 chip. Other common features include 1GB of RAM and a 4GB ROM with microSD card support up to 64GB. Then there’s Bluetooth 3.0 with EDR and A2DP as well as A-GPS and Wi-Fi connectivity options, and they will both run on Android 4.1.2. 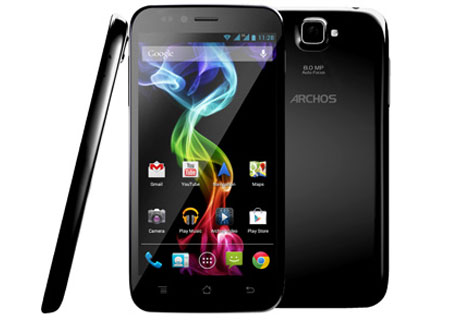 Furthermore, another aspect where the two devices meet eye to eye is in the camera department. Both will come with an 8MP snapper on the back built on a BSI sensor, with the power of auto focus, an LED flash and 720p video recording. On the front there will be a 2MP webcam.

The former has a 5-inch, qHD IPS display of 220dpi and packs a 2,000mAh battery which should deliver about 9.8 hours of talk time on 3G. The latter meanwhile, boasts of a 5.3-inch IPS touch screen also of qHD resolution and 220dpi. It has a more powerful battery of 2,800mAh capacity, claimed capable of approximately 15 hours of talk time on 3G networks. 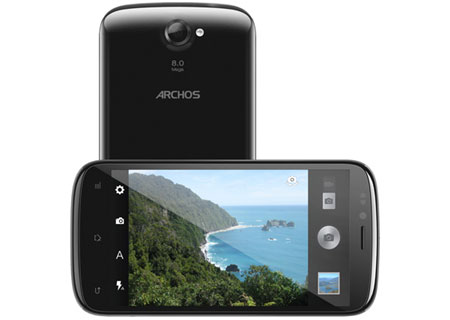 The Archos 50 and 53 Platinum will be made available for purchase at $219.99 and $249.99 respectively, and the lot of them, including the 35 Carbon, will be released in Europe towards the end of May this year. The company says these will only be the first in a new line of smartphones, so we are in for more from the manufacturer.