€200 could land you a decent Android smartphone depending on where you live, but if you were to spend that dough on the Archos 50 Diamond, you’d probably be getting your money’s worth. For the said amount, the handset packs some pretty impressive features including a 64-bit processor, a large battery and LTE support.

The Archos 50 Diamond has been revealed in France and it’ll obviously go official for the rest of Europe and the US. The handset is a pretty decent looking one, nothing to write home about, but it doesn’t compromise of features. It’s the second device to go official with the octa core Snapdragon 615 processor from Qualcomm. 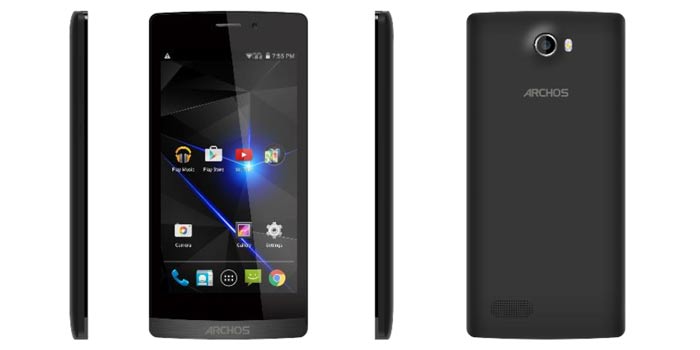 The chipset was first seen on the Desire 820 from HTC and it’s quite a beefy one compared to the Snapdragon 410. And Archos has thrown in a lot of surprises including a 5-inch 1920 x 1080 pixel IPS display. If that’s not enough, there’s an 8MP camera on the front and a 16MP snapper on the rear.

The 50 Diamond is also dual SIM enabled and it comers with LTE Cat. 4 and D-HSPA+ 42Mbps connectivity. The phone also tags along 2GB of RAM, 16GB of storage, a 64GB compliant microSD card slot and a 2700mAh battery on the inside.

Archos 50 Diamond specs at a glance:

There’s no word on availability as yet, but we doubt it’ll be a long wait for the Archos 50 Diamond to hits stores. A €200 phone with such features is a steal, right?