Only a week has passed since the start of April and Intex has already revealed a total of 6 smartphones, the Aqua Speed HD being the latest release. The new handset is another mid-range option and is priced at Rs 8999 with Android 4.4 KitKat running the show.

The Intex Auqa Speed HD is basically a new version of the Aqua Speed which was launched just last month with 2GB RAM and a very low retail tag of Rs 7999. The latest release looks quite similar to the latter phone and also has a lot in common where hardware is concerned. The main difference is that the handset in question features a slightly larger display of 4.7 inches. 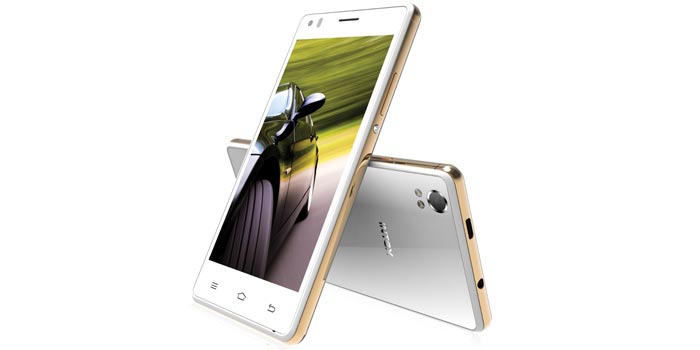 And the resolution has been bumped to 720p HD from qHD. The same processor found on the Aqua HD 5.0 is also present here, the 1.3GHz MediaTek MT6582 quad core chipset with Mali 400 graphics. Additionally, the Intex smartphone continues to deliver 2GB RAM on the cheap and it also tags along 16GB of internal storage.

A few tools come preloaded with the Aqua Speed HD including the Sashakt Women Safety app and various enhancements. The usual norms of having dual SIM card slots and HSPA+ connectivity are also met on this smartphones. Other features include a 5MP front camera, an 8MP rear shooter and a 1700mAh battery.

The Intex Aqua Speed HD smartphone is being offered in options of white, silver and blue shades.