A 12-inch MacBook Air from Apple has been rumored for over a year and as the launch window for the notebook closes in, more details about it have started to surface. The most recent report suggests that the device will come with a fanless design and carry a reversible USB port.

Well, these features are just a couple of many other innovations Apple will be throwing into the 12-inch MacBook Air. According to Jack March, the notebook will feature a slimmer design and that’s mostly because it won’t carry a fan. This also suggests Apple will be using the new Intel Broadwell Core M processor since it’s capable of such form factors. 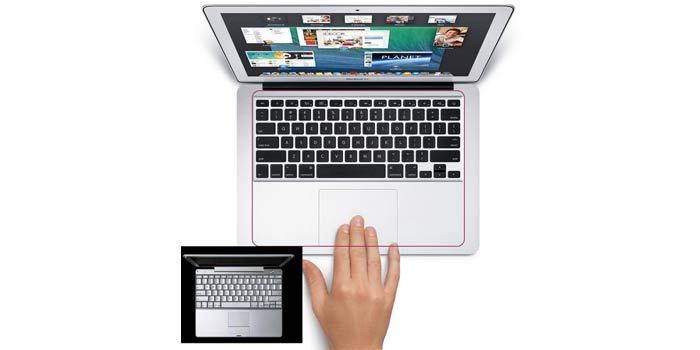 Details about the fanless design first showed up back in March where rumors also suggested that the trackpad will be buttonless and rely on sensors and an actuator to offer tactile feedback. In the latest report, there’s mention of slimmer bezels surrounding the display and a keyboard design that ‘leaves almost no space on the sides.’

The above picture posted by 9to5Mac’s Seth Weintraub on Twitter shows a similar design used by Apple for its 12-inch Powerbook G4 laptop and what it might look on the new model. And with the inclusion of the reversible USB Type C port, the standard USB socket and the MagSafe port will be omitted from the blueprint.

The report appears to state that the 12-inch MacBook Air will most likely go on sale sometime during mid-2015, so there are still several months to go and the aforementioned features could get changed along the way. Apple updated the Air lineup just a few months back by throwing in faster Haswell processors.

Facebook
Twitter
Pinterest
Linkedin
ReddIt
Tumblr
Flip
Previous article
Believe it or not! Apple iPhone 6 bends in your pockets
Next article
Apple to replace bent iPhone 6 Plus models, but only if the Genius approves