You’d have thought it’d take all the king’s horses and all the king’s men to put a dissected 2013 Mac Pro back together again, right? When Apple took the covers off its sleek, indestructible-looking desktop in June, that was the impression it gave us.

But according to the teardown specialists we know by the name of iFixit, pulling apart and then reassembling the system is easier than we imagined. All it takes to do the job is a staunch heart (because, you know, you’ve blown a hole through your wallet for it) and a couple of things from your toolbox. 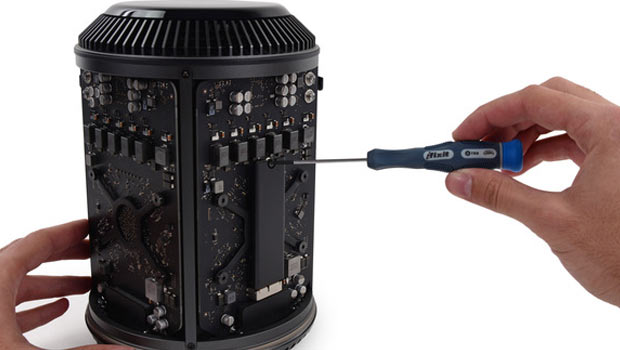 The very first step involves sliding the lock switch and taking off the Mac Pro’s outer casing. There are two graphics cards inside, with the SSD cuddling up to one of them. Vertical RAM slots guard each side of the I/O strip. Which brings us to the good news – the RAM can be replaced without breaking a sweat. 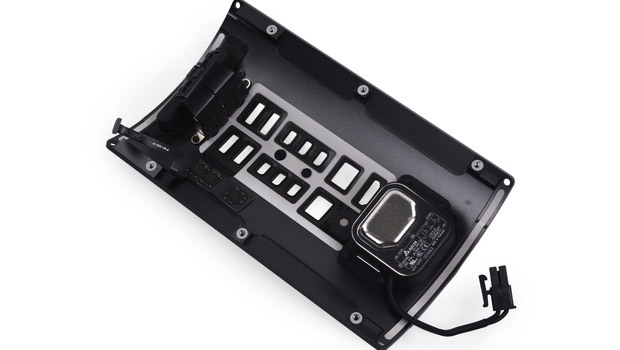 There are some Samsung parts inside with respect to memory and storage. As we’ve noted previously, there’s just one fan cooling the entire system. It pulls air from the bottom and passes it through the core before expelling it. iFixit thinks the proprietary graphics and absence of a external GPU option may make the desktop feel outdated in the future. 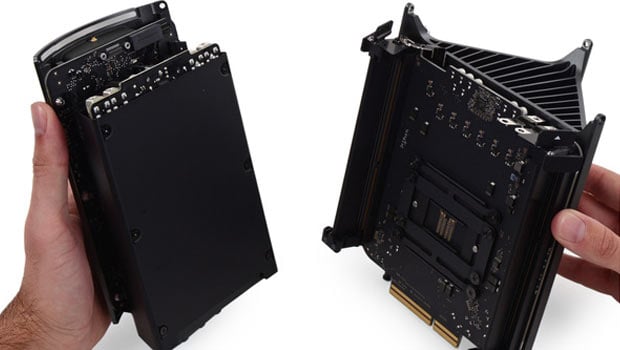 One of the GPUs is from China, while its almost identical twin is from Taiwan. The latter shows potential for allowing memory expansion since it carries the slot for the SSD. You may also be able to update the CPU, according to the teardown observations which award the device a ‘Repairability Score’ of 8 out of 10. 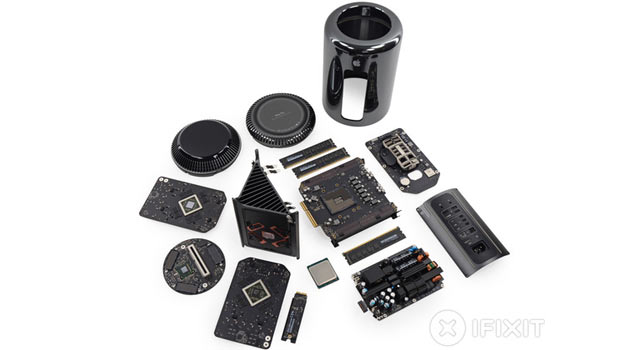 Here’s the link to the iFixit page which offers a detailed look at the Mac Pro’s entrails, if it’s the sort of thing that turns you on. It features the base model which costs $2,999.