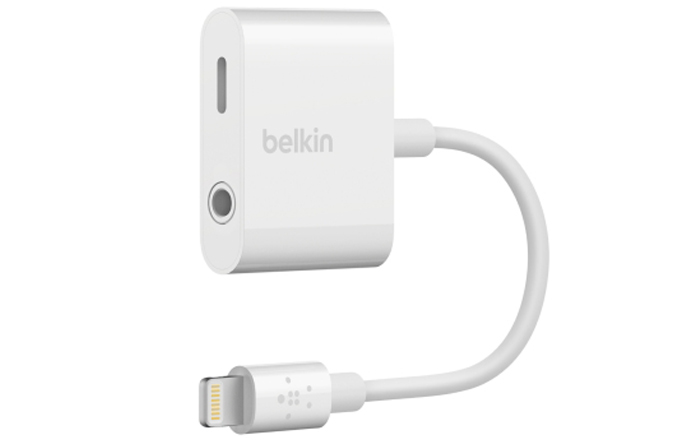 It’s been more than a year since Apple launched the iPhone 7 without a headphone jack, prompting millions to lament the fact that they couldn’t charge their handset and listen to music at the same time. The company is finally offering a solution for this in the form of a third-party dongle called the Belkin 3.5mm Audio + Charge RockStar.

The new 3.5mm Audio + Charge RockStar does away with all these complications by simply providing for a 3.5mm headphone jack and Lightning port. It’s priced at $34.95 and available via both Apple’s and Belkin’s site. The former supports all headphones, AUX cables, and speakers using the 3.5mm connector and outputs up to 48kHz of 24-bit audio.

The accessory is compatible with MFi-certified Lightning to USB cables and any Apple device which runs on iOS 9 or above including the iPhone 7, iPhone 8, and iPhone X. Belkin is promising 12W of pass-through charging to power up at maximum speed.

While it would have been nice to have the dongle at hand when the iPhone 7 first came out, it’s better late than never. There’ll be plenty of fresh iPhone 8 and iPhone X users who’ll be on the market for a Apple-certified solution to their charging and audio woes.