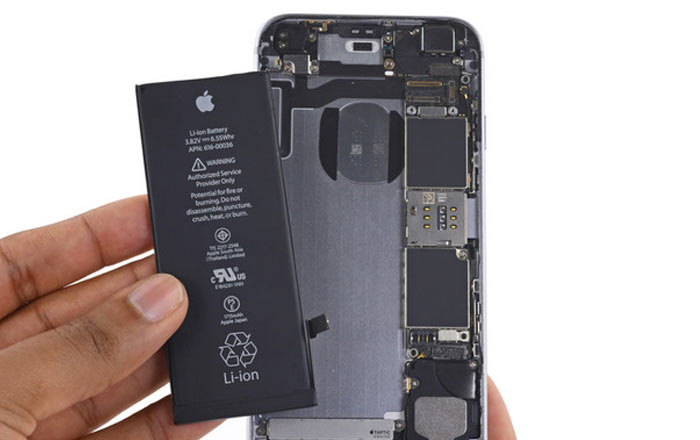 While Apple may have apologized and tried to make up for slowing down iPhones by allowing discounted battery replacements, the company is still infuriating scores of customers by refusing to swap their batteries for trivial reasons. The brand is known for charging exorbitant rates for repairs in the past, as well as refusing to honor warranties.

To recap, Apple said that anyone who owns an iPhone 6 and above can get their battery swapped at a reduced rate. However, it seems the brand is finding unnecessary faults with some iPhones and charging people up to 10 times more than promised, effectively profiting from the repair program.

The BBC investigated these reports after some viewers complained about Apple’s actions. A man named Josh Landsburgh handed over his iPhone to get the battery replaced back in February. He received an email from the firm telling him there was a small dent at the device’s edge.

Apple then asked him to pay more than £200 before it would carry out the battery exchange. Landsburgh refused, asking for his iPhone back. He eventually got the battery swapped at a third-party shop, voiding his warranty in the process.

Also See: Apple’s under investigation by the US over iPhone slowdowns

Another man named David Bowler had an undamaged iPhone in perfect condition which just needed its battery switched. Apple told him that the front microphone and speaker were faulty and asked him to pay £250 to repair the issues. Bowler too asked for his smartphone back and took it to a mobile repair specialist.

Said specialist claims that both components were working and Apple shouldn’t have claimed either was faulty. They even replaced the battery without any fuss, so it’s not like the microphone and speaker were standing in the way of that.

Technically, Apple has maintained on its repair website that any damage on an iPhones which can impair the replacement of the battery has to be resolved before the process can take place. It also gives a new 90-day warranty on any product which it has serviced, even if the original guarantee has ended.

The same dialogue was reiterated when interacting with Apple’s customer service representatives, who stated that the brand made it clear in its warranty that any and all damage must be fixed before the battery can be looked at. However, the BBC didn’t find any mention of this requirement in the company’s warranty documents.

Apple repeated the same dialogue about repairing other issues first when it was asked about the matter, so it doesn’t look like the firm is going to change its ways anytime soon. It’s actions like these that drive people to seek out third-party repairs. They sometimes get punished for that too when the next iOS update rolls around and their iPhone gets bricked.