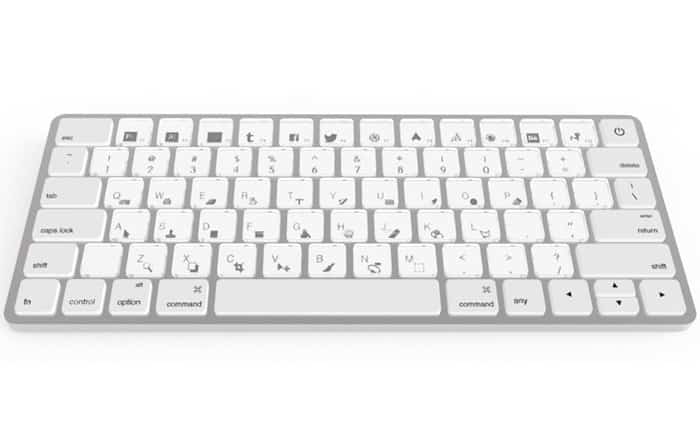 Apple’s MacBook and iMac are in for a massive overhaul in the keyboard department if a new rumor is to be believed. The standard unit may be getting replaced by a ‘magic keyboard’ which changes dynamically according to the user’s preferences.

The speculation began with the arrival of a Reddit post which alleged that Apple was looking to acquire an Australian startup called Sonder. The user, whose identity was verified by Reddit moderators, apparently attended a Foxconn event in Beijing where she saw the new MacBook keyboard module design and Apple’s prototype for an e-ink Magic Keyboard.

The Guardian has now added another layer of authenticity to the claim. A representative for Sonder told the publication that its CEO Francisco Serra-Martins attended the event and confirmed it was in talks with Apple’s procurement board. The report also asserts that the latter’s CEO Tim Cook met with the startup’s head in China.

This does have a ring of truth to it given the fact that Cook is currently touring China and Japan. As for the smart keyboard itself, the product can be customized to switch to any language or custom icon, potentially making way for something like dedicated emoji keys and social network shortcuts.

The Sonder Keyboard takes advantage of the same e-ink technology used by Amazon’s Kindle e-readers. The company even put up a video a few days ago showing off its skills. The unit in the footage is of an early prototype. The newer Apple one’s display apparently updates straight away with no sluggish transition between modes.

Sonder’s own Bluetooth-compatible keyboard will go up for pre-orders later this year priced at $199. Apple’s version of the device could be making its way to MacBooks and iMacs by 2018.