With its high-grade processing power, its unique fingerprint scanner and a host of other advanced offerings, the iPhone 5S has managed to leave quite a mark on consumers. This is being suggested by the fact that the device has turned out to be the world’s most popular phone in the first quarter of this year.

The result comes from a study conducted by ABI Research based on analysis, market data, insights and competitive assessments. A fact worth noting is that despite Samsung dominating the market share with its 27 percent hold, Apple has been able to gain a significant volume for just a few SKUs owing to its small and clearly tiered portfolio. 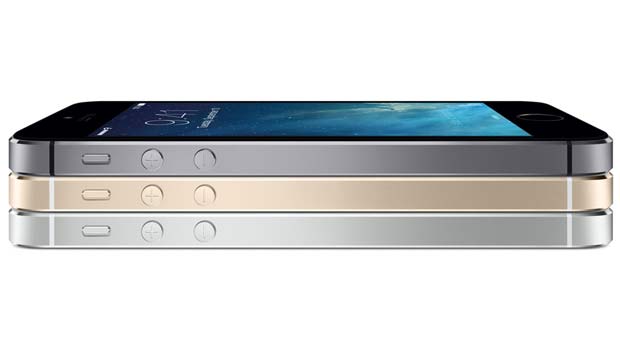 The number two spot on this list of popular phones in the world is grabbed by the Galaxy S4 which is followed by the S3 and the S4 LTE version. The number five spot again goes to Apple thanks to its iPhone 4S which is still surprisingly relevant. With this, it’s easy to conclude that older devices are still helping OEMs rake in moolah even as their successors are battling it out in the markets.

While Sony and LG figure in the top 20, a new entrant is Xiaomi with its popular Redmi smartphone. It’s surprising to see HTC and even Huawei not having made it into this roster, but ABI has predicted that this could change once the findings of Q2’s research are in. 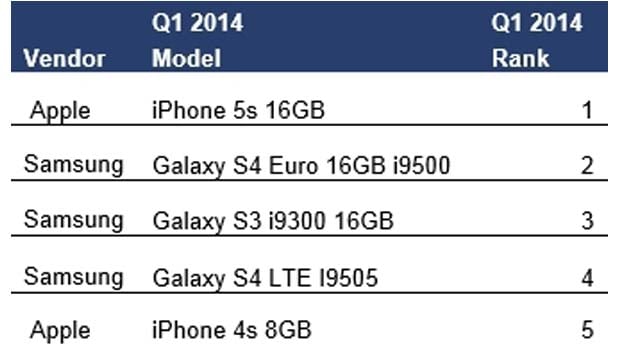 The iPhone 5S was released back in September last year alongside the colorful 5C device, and it is expected to receive a successor in 2014 in the form of the much rumored iPhone 6.