The Apple iPad Pro or the upcoming 12.9-inch beast of a tablet that’s churning the rumor mills faster day after day, has just had some of its specifications leaked out into the open. Despite all these details though, there’s still no word on when the device will be revealed by the Cupertino-based company.

But the longer the wait the clearer the picture that is formed owing to the leaks and rumors that slip out in the meantime. That’s how things work in the technology world these days; sadly or pleasingly is everyone’s own choice.

About the iPad Pro, an Apple Insider source has been told that it is ready to ship with a completely new processor, likely to be christened A9. This chipset is expected to come equipped with an NFC radio. Now fingers can quickly be pointed towards this feature being there to support Apple Pay. 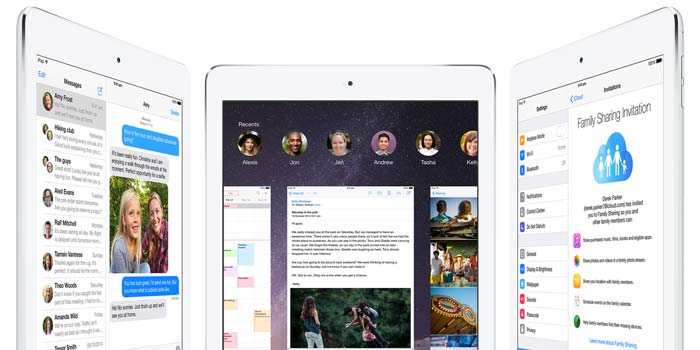 However, making wireless payments using a tablet with a massive 12.9-inch display will be quite an impractical thing to do. That’s why it’s being predicted that the slate will be targeted towards being converted into a receptor for Apple Pay. This way, it will receive wireless payments at retail stores, rather than making them.

The new Apple iPad Pro is likely to feature the Force Touch technology as well, which we’ve seen on the new MacBook and the Apple Watch. This will apparently work in tandem with a pressure-sensitive Bluetooth stylus that we’ve heard about in past rumors. Additionally, a USB-C port is also expected to form part of its offerings, apart from a Lightening connector. 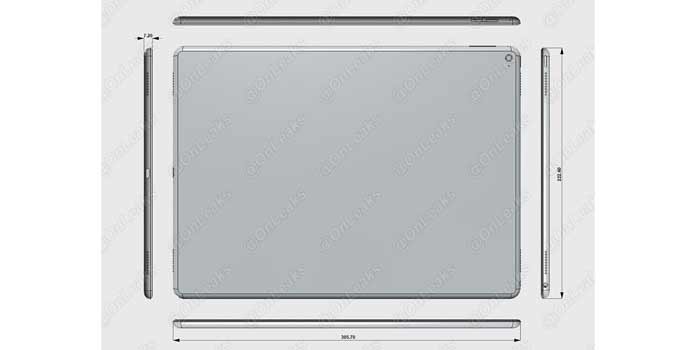 The image you’re seeing right above is supposed to be a render of the new tablet’s chassis that has come our way thanks to a Russian site named MobilTelefon (via Phone Arena). The device is expected to measure a good 9.17 x 12 x 0.28 inches.

Apple’s iPad Pro is indeed shaping up to be an utterly interesting device, and we have our eyes peeled on all the details that can pop up about it. Stay tuned for more on the subject then.