Rumors about a gold iPhone X have been around for months at this point, before and after the handset got launched. As it turns out, there was a gold version of the device all along; it’s just that Apple chose not to release it.

This discovery was made via a document Apple filed with the US FCC in September 2017. This means that the company had in fact been developing a gold iPhone X color, but chose not to unveil it besides the silver and space gray options. The only reason we know about it now is because the 6-month confidentiality period for the images is over.

You can see the gold iPhone X from various angles in the photos, showing how it looked from the front, back, and side. The shade looks a lot like the gold paint job found on the iPhone 8, complete with a matching gold frame. 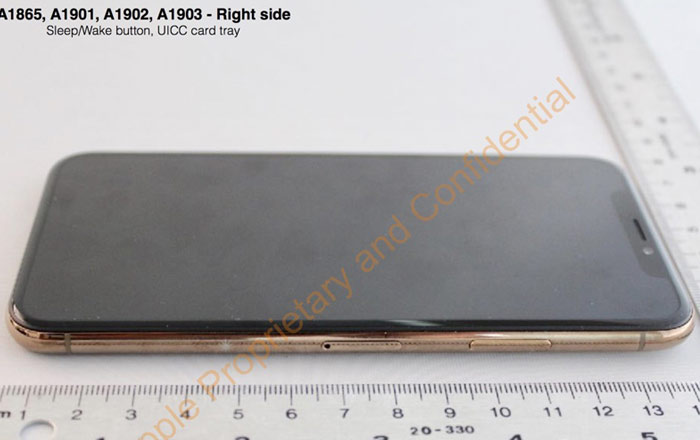 There were rumors that Apple was facing production problems with a third iPhone X color and ultimately decided to ditch the option. This is not a surprise, given the delays the device faced after it was announced. Some say the stainless steel frame is to blame for the cancellation.

Recent reports suggest that Apple might be getting ready to launch the gold iPhone X to revive flagging sales. The company’s next big event is on June 4 when it’ll be kicking off the 2018 edition of Worldwide Developers Conference (WWDC). It could release it there, but the chances of that happening are fairly low.

What’s more likely is Apple making a new gold color model available in the 2018 iPhone series. The company is probably going to release an iPhone X sequel, an iPhone X Plus iteration, and a budget LCD iPhone.