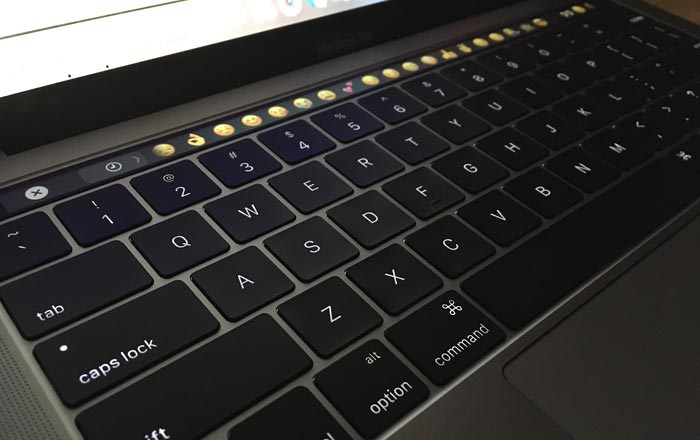 Apple’s getting sued again, this time for its flawed butterfly keyboard which it used in its 2015 and 2016 MacBook laptops. The class action lawsuit claims the brand knew about the defect before or at the device’s unveiling.

The butterfly keyboard made its debut in the 2015 MacBook and made its way to the MacBook Pro line in 2016. Apple claimed that the mechanism was more responsive and robust than typical scissor-type components.

Thousands of MacBook users disagree, asserting that the butterfly keyboard frequently failed. The most common complaint is that the design is so fragile, even small amounts of dust or debris can make keystrokes fail to register. This is clearly a huge problem, as there’s no way to stop dust and debris from falling on a laptop permanently.

A man named Kyle Barbaro took his 2016 MacBook Pro to Apple after his space bar and caps lock failed. The company fixed the problem, but the solution only lasted a few weeks before the space bar died again. This time, the Genius Bar employee wasn’t able to fix things through conventional tools and asked him to pay more than $700 to repair the out-of-warranty laptop.

Barbaro decided against this, but there were probably plenty of others in his position who would have opted to repair their MacBook. Another man named Zixuan Rao was offered the same choice, but figured a patch up would not permanently resolve the problem and bought an external keyboard instead.

AppleInsider actually conducted an investigation into the problem and concluded that the 2016 MacBook Pro’s keyboard failed about twice as much in the first year of use as the 2014 and 2015 MacBook Pro models with the previous scissor-type mechanism. This is a serious problem if accurate, and Apple should ideally bear responsibility for its failures.

Apple hasn’t said anything publicly about the issue yet, although it has internally suggested methods like using a can of compressed air to clean the keyboard. Users who faced serious complications say this rarely works though. The suit is demanding damages, legal fees, a public disclosure, and a free replacement or repair of defective units.