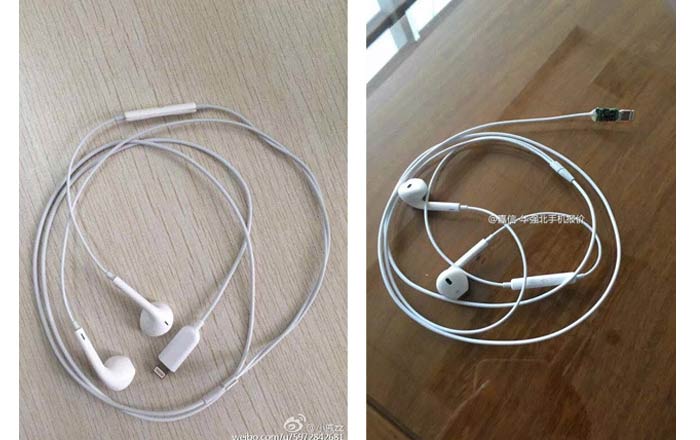 Rumors continue to flip and flop on whether the upcoming iPhone 7 range will be ditching the 3.5mm jack or not. Now, there’s new evidence that’s pointing towards that former possibility. Two pictures of alleged Apple EarPods having Lightning connectors at their ends have just surface online.

As you can see in the pictures we’ve posted above, the top portion of the EarPods is the same as that of the current-gen models. But it’s the bottom part where the big change seems to have taken place. A white elongated Lightning connector can be see strutting out, leading many to fear that the iPhone 7 will indeed be ditching the traditional headphone jack.

If this change is true, then iPhone 7 users will be forced to use the Lightning port of their devices in order to listen to music on their headphones. This will not let them charge the device at the same time, which is particularly worrying for those who use power banks.

But then again, as much as there is speculation of the ditching of the 3.5mm jack, there is also enough talk about this plan having been canned by Apple. There was even a report saying that the company will ship 3.5mm headphones and a Lightning adaptor to connect them to the device.

It’s hence quite difficult to believe such reports. Plus, the authenticity of this latest one cannot be verified either since it has come from Chinese micro-blogging website Weibo.

The iPhone 7 range is expected to be unveiled around September this year. Stay tuned to this space until then to receive more such tidbits about the upcoming devices from Apple.