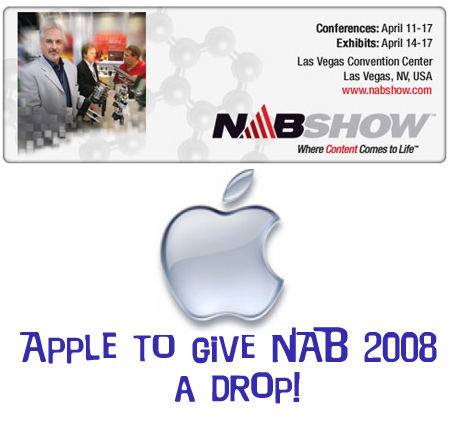 This year’s National Association of Broadcasters (NAB) trade show will not have a booth from Apple, confirmed the Cupertino, California-based giant.

NAB, which is slated to take place from 11-17 April at Las Vegas will see ace broadcasters, television production companies and video professionals gathering under one roof.

In the past, Apple has used NAB as a platform for the launch of new technologies in Apple’s video and related products, including Final Cut Studio and Mac upgrades.

Speaking to MacWorld US, Apple spokesman Anuj Nayar said, “Apple is participating in fewer trade shows every year, because often there are better ways for us to reach our customers.” Adding, “The increasing popularity of Apple’s retail stores and Apple.com website enable us to directly reach more than 100 million customers around the world in innovative new ways.”

All the same, though Apple may not be personally present at the event, its presence would be felt someway or the other since its video-focused development and marketing teams are sure to turn up at the key event.

Furthermore, NAB spokes Dennis Wharton told TV Technology that the organization is “Talking about some on-site business opportunities with Apple.”

Apparently, Apple has refused to reveal whether it plans to return to NAB next year.