Apple to replace bent iPhone 6 Plus models, but only if the Genius approves

As you may know, many iPhone 6 Plus models and in some cases, even the iPhone 6, have reportedly been bending in people’s pockets and this has turned into quite a huge issue overnight. Those affected as well as expectant buyers have been waiting for an official statement from Apple, but while that hasn’t come yet, the company’s customer support has indeed made some things clear.

The point made was that if the device is bent during normal use, it will be replaced under warranty. However, the catch – there’s always a catch, isn’t it? – is that the iPhone will first be scrutinized by Apple representatives called Geniuses who are present at Genius Bars within Apple stores. 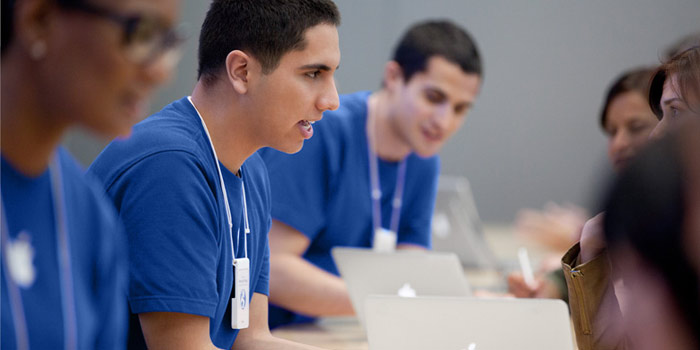 When inquired about the issue, the support chat of the company told TheNextWeb that the Genius will perform a test called ‘Visual Mechanical Inspection’ which will determine whether the phone qualifies for a replacement or not. If it does not qualify, and is still bent, then the owner will need to pay for the replacement.

The customer care representative was also asked about the guidelines which will be followed by the Genius in determining the fate of the iPhone 6 handsets, but apparently, those details haven’t been dished out to the chat staff yet. Anyway, if you have a bent iPhone, it wouldn’t hurt to try your luck in getting it exchanged.

The iPhone 6 and 6 Plus bending issue – being referred to as bendgate – gained significance when reports suddenly started pouring in from affected users yesterday. Videos from the Unbox Therapy YouTube channel then followed, and gave us more insight on how easily the bend can develop. Amongst all this, there still isn’t any word from Apple.