The iPhone X hogged most of the attention at Apple’s big event, but the occasion also saw the launch of the latest Apple Watch Series 3 and Apple TV 4K. The two come packed with new features on the inside, but look pretty much the same outside.

The biggest change in the Apple Watch Series 3 is the addition of LTE connectivity. The upgrade allows users to free themselves of their iPhones since the smartwatch will be able to stream music, get messages, and make calls on its own. They won’t even have to get a SIM card since the device boasts of an eSIM which bears the same number as their handset.

Apple is selling two versions of the third-gen Watch. One only supports GPS, while the other offers both GPS and Cellular. Both will get to take advantage of a new barometric altimeter to measure elevation, a faster dual-core S3 processor, and water resistance up to 50m.

Intriguingly, the new Apple Watch is apparently the first in the world to have its display double up as an antenna. Siri has gotten a bigger role to play since the AI can now speak directly to a user using the built-in speaker. The latest W2 wireless chipset means that Wi-Fi will be 85% faster and Bluetooth will be 50% more power efficient.

The Apple Watch Series 3 will go up for pre-orders on September 15 and sale on September 22 in the US. The GPS-only model starts at $329 and the GPS + Cellular option starts at $399. India will only be getting the former variant on September 29 starting at Rs 29900. The company hasn’t stated why exactly, but it probably has something to do with the lack of support for eSIMs in the nation. 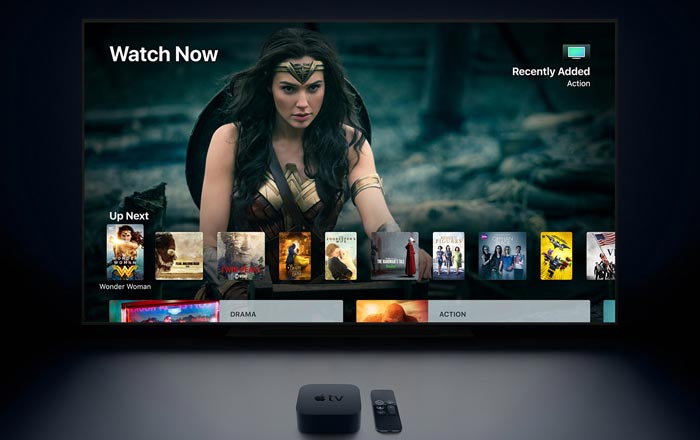 As for the Apple TV 4K, the set-top box’s highlights are its support for 4K videos, HDR10, and Dolby Vision. The 2017 iPad Pro’s A10X Fusion SoC beats at its heart to smoothly play high-end content. Existing personal iTunes libraries with HD titles will automatically get upgraded to 4K HDR content free of cost the moment they become available.