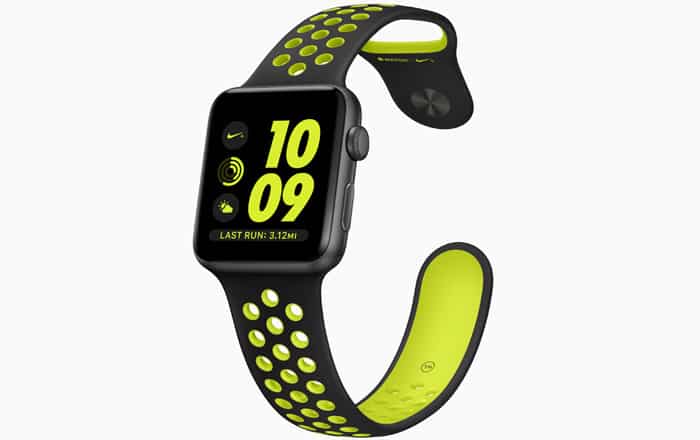 Apple has officially announced availability details for its next-gen Apple Watch Nike+ edition after outing the wearable last month. The device is set to hit 41 nations on October 28 followed by 8 more markets over the course of the next two days.

The first wave of countries getting the Apple Watch Nike+ on October 28 includes the US, India, the UK, Germany, Australia, France, Ireland, and Japan. The smartwatch will be sold via Apple Stores, Nike retail outlets, Apple Authorized Resellers, and select specialty and department stores.

The sporty member of Apple’s portfolio of wearables has a lot in common with the regular line such as in-built GPS and water resistance up to 50m. The company goes as far as to claim that users could go for a dip in a pool without inflicting any damage.

As for the Nike side of things, there are a number of exclusive Nike watch faces for people to peruse through and a new Nike+ Run Club app. The tool aims to make running more social, allowing you to track your progress, share it with friends, and get motivational messages to keep up with them. It also offers personalized coaching to help individuals reach their goals.

You can buy the Apple Watch Nike+ via the brand’s online store.