Apple updates firmware to 2.0.2 for solving the iPhone 3G problems 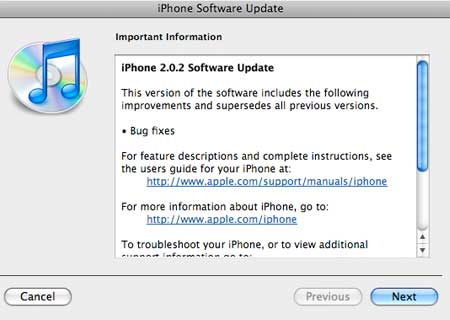 No we don’t wish a great fall for one of the most reputed hardware and software provider. But, ever since it’s most hyped 3G iPhone and many other applications released in July, this is what Apple has been facing.

And now the news is – the 3G iPhone’s bad signals still persist, even after Apple released a software update as a solution. The dropped calls and bad network was blamed on the Infineon chips in iPhone and not the network operators. However, Infineon officials reported that the chips were working fine in other 3G phones.

Apple had released firmware update 2.0.1 to solve the problem. Although some users have experienced faster browsing speed which is also possible after a clean cache, some the users are complaining of the updated software not allowing the working of some applications.

So in yet another effort to rectify the issues, there was one more update Apple released on Monday – the iPhone firmware 2.0.2 version. This version is available through iTunes. The software carries the improvements under ‘bug fixes’ title.