Apple’s finally unveiled its revamped line of 13-inch and 15-inch MacBook Pro laptops to the world in a huge event held at its Cupertino campus. It also took some time out to announce a new TV app and updated Final Cut Pro X.

As expected, the central showstopper when it comes to the fresh MacBook Pro is the brand new OLED strip sitting above the keyboard. Gone are the function keys of yesteryear, replaced by a Retina-quality Multi-Touch display which Apple is calling the Touch Bar. This week notably marks the 25th anniversary of Apple’s first notebook, making the innovation especially timely.

The Touch Bar will likely change the way people interact with their laptop, placing a host of customizable options at their fingertips based on the application they have open. For instance, firing up Messages can prompt emoji or predictive text, opening Safari allows users to conveniently switch between tabs, and tapping on Photos lets them scroll or edit images and videos easily.

The MacBook Pro has also gotten Touch ID support embedded within the power button. The fingerprint sensor works with Apple Pay to make purchases, unlocks the laptop without having to enter a password, and lets consumers quickly switch between user accounts.

While all this is well and good, there is one major factor which may give buyers pause before getting their hands on the device. Apple has continued its ongoing slaughter philosophy, getting rid of the USB Type-A, HDMI, MagSafe, and SD card slots. Surprisingly, it’s decided not to kill the 3.5mm headphone jack as yet.

Instead of having all these useful ports, the MacBook Pro has up to 4 USB-C Thunderbolt 3 slots. Users will likely have to buy a number of adapters to connect their peripherals, driving up the overall price of the device.

Other notable updates in the MacBook Pro include a new keyboard equipped with Apple’s butterfly mechanism, 67% brighter display, up to 130% faster graphics, larger Force Touch trackpads, and dual speakers which output 58% more volume and 2 times the dynamic range and bass. It’s also thinner and lighter than before, with the base 13-inch model beating out the MacBook Air in terms of slimness.

Speaking of the MacBook Air, there were no refreshes to that series at Apple’s event. The older 11-inch model is no longer available to buy via the brand’s site. Only the 13-inch version is currently open for business. The company is probably looking to phase out its popular entry-level lineup. 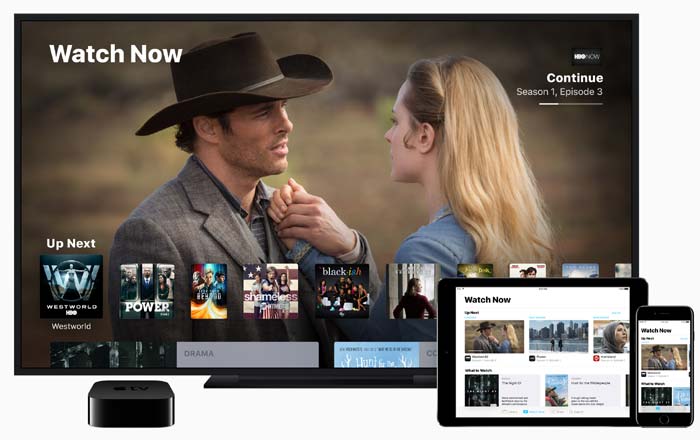 Moving on to the new TV app, the tool is being pitched as a single platform to access TV shows and movies from multiple applications. It also lets people take advantage of a single sign-on feature which instantly logs them into apps which are part of their pay-TV subscription after they’ve signed in once to their device.

It’ll work across Apple TV, iPhone and iPad and is set to arrive as a free update in December. Consumers of the first are also getting a Siri feature today which enables them to directly watch live sports or news within an app after issuing a simple command like ‘Watch the Stanford game.’

Specifications of the MacBook Pro: