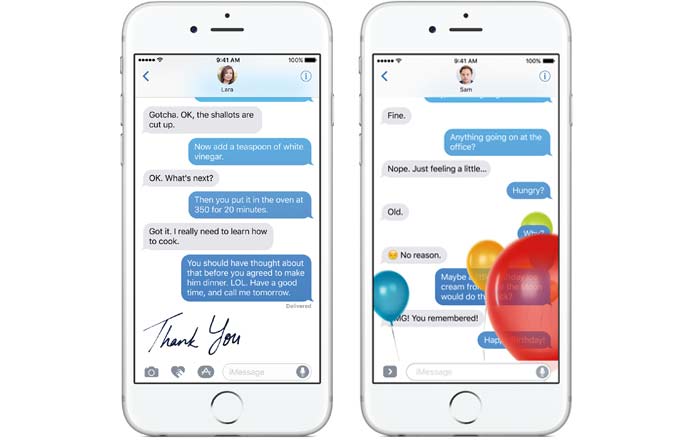 Apple’s months-long tussle with the FBI helped contribute to its image a privacy champion, unwilling to do anything which could compromise your confidentiality. However, this halo of superior security is now taking a beating thanks to a new report which claims that iMessage chats aren’t as secure as the company would have you believe.

All iMessage conversations are end-to-end encrypted which means Apple can’t peek at the contents of a communication. The firm can see who you’re sending the missive to, though. When you type a number into the app, it contacts the brand’s servers to find out whether it should send the message via SMS or iMessage.

Apple maintains a log of each and every such query. Not only does it store the number, it also records the date and time the message was being sent and your IP address. The last one is especially egregious because it may identify where you were when you sent the missive. This clearly goes against the tech behemoth’s previous reassurances of not storing data related to a customer’s location.

To make things worse, Apple is obliged to turn in this potentially sensitive information to the police upon the issuance of a court order. The manufacturer told the Intercept that it retains these logs for 30 days, a time period which can be extended in 30-day bursts if an investigation is ongoing.

It should be noted that Apple itself maintains that it works closely with law enforcement to help them understand that the query logs don’t actually contain chat contents or prove any communication took place at all. The fact still remains that the company has some idea of who you’re talking to, but hasn’t made that clear to its customers.