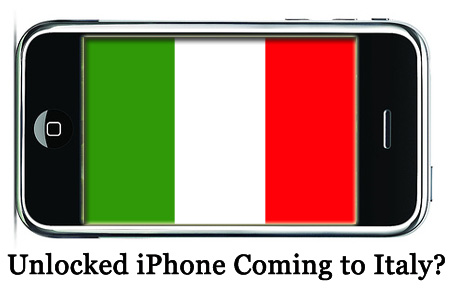 iPhone is again hit by rumors. The latest speculations say that the iPhone’s next destination is Italy.

However these rumors are surprising because as per them, Apple will introduce 3G unlocked versions of the iPhone in Italy.

Reportedly, Apple does not want to limit the iPhone to a single carrier for several years and hence the unlocked version is coming to Italy. However in that case, price of the device would be higher as compared to its prices in the US, UK, Germany and France, where a locked version of the phone is available.

Such a move is being taken considering the popularity of pre-paid plans and users’ willingness to spend more for the freedom of switching carriers at will in Italy, claim speculations.

That means Italians will be able to use the iPhone with a network operator of their choice.

However, there is no confirmation on the news regarding iPhone’s launch in Italy as of now.