Apple to release 3G iPhone in Second Quarter of 2008, says Bank of America 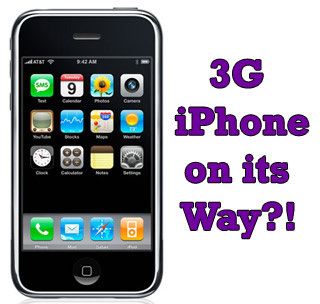 Bank of America has released a report indicating that Apple could be launching the 3G iPhone by the second quarter of this year.

The report also mentioned that as many as 8 million units of 3G iPhones are expected to be produced by Q3 of 2008.

Bank of America analyst Scott Craig said, “Our latest channel checks point to a significant production build of a 3G iPhone beginning in the month of June after a initial small build in May.”

Seems 2008 is going to be the big year for Apple as the company is also expected to launch the iPhone in the Asian markets along with the speculated 3G iPhones.

According to rumors, the upcoming 3G iPhone is expected to boast advanced features such as video chat and two digital cameras. The front mounted camera will enable video chat at ease.