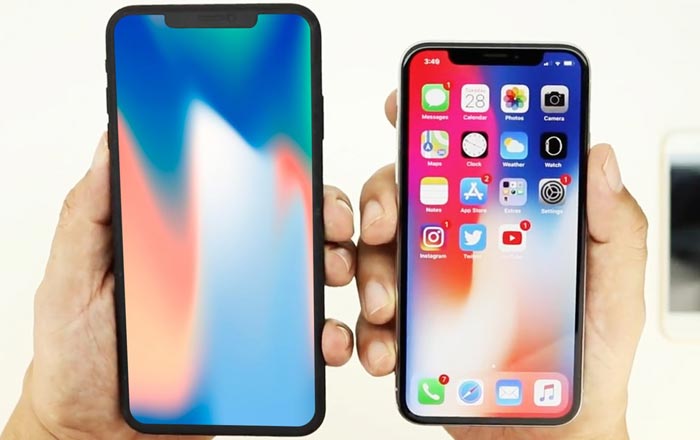 Apple might be very optimistic about its iPhone sales this year, with a new report alleging that the smartphone maker is set to order anywhere between 250 million to 270 million flat panels for its signature handset series. Sources also confirmed the current narrative surrounding the brand’s trio of upcoming iPhones, with a few exceptions.

According to DigiTimes, Apple is going to procure 110 – 130 million OLED screens, of which 70 – 80 million will be 5.9-inch units for the current iPhone X and its sequel of the same size. This might be a typo on the publication’s part, as the device measures 5.8-inch diagonally. Either that or the company is going to make the phone a bit bigger this year.

The rest of the 40 – 50 million OLED panels are apparently going to be taken up by a 6.5-inch iPhone. DigiTimes claims that it’ll be “a less expensive model,” but that doesn’t fit in with earlier reports which assert that it’ll be a Plus version of the iPhone X with a bigger battery.

Besides, it wouldn’t make sense for Apple to make its 6.5-inch OLED iPhone cheaper than its 5.8/5.9-inch OLED iPhone. Instead, the firm might just release a 6.1-inch iPhone with an LCD screen at a cheaper rate. The reports claim the brand is giving an order of 60 – 70 million for all-screen LTPS panels.

Apple is also devoting its attention towards older iPhones, with an expected order of 60 – 70 million LTPS panels for the iPhone 8, iPhone 7, and iPhone SE. The company is going to continue its uneasy partnership with Samsung Display for its OLED screens. LG Display is gunning to become its second supplier in the second half of 2018, with an eye on the 6.5-inch OLED iPhone.

Apple sold 216 million iPhones last year, so a 250 – 270 million sales target would be a record-breaking leap forward. Of course, this all depends on the above information being accurate, which it may not be.