Apple to bring the iPhone in Japan on NTT DoCoMo’s Network? 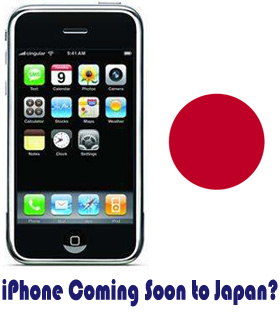 Apple is in talks with a number of Japanese mobile phone carriers for introducing its iPhone in the land of the rising sun, reported the Wall Street Journal.

Apparently Apple honcho Steve Jobs met NTT DoCoMo’s President Masao Nakamura to converse about the gadget’s release in Japan. Though Apple has stated that it ideally wants to introduce the iPhone in 2008 in Japan, the company doesn’t wish to reveal any particular details about the same.

Apple also has a strong back up plan, in case the deal with NTT DoCOMO doesn’t materialize. The other Japanese telecom that Apple is considering is Softbank Mobile Corp., and has already started holding discussions with the company.

The iPhone is already on store shelves across the US, Germany, France and the UK and has teamed up with local wireless operators for the same. The device, which has the distinction of being named Time Magazine’s “Invention of the Year” 2007, could also be on its way to China.