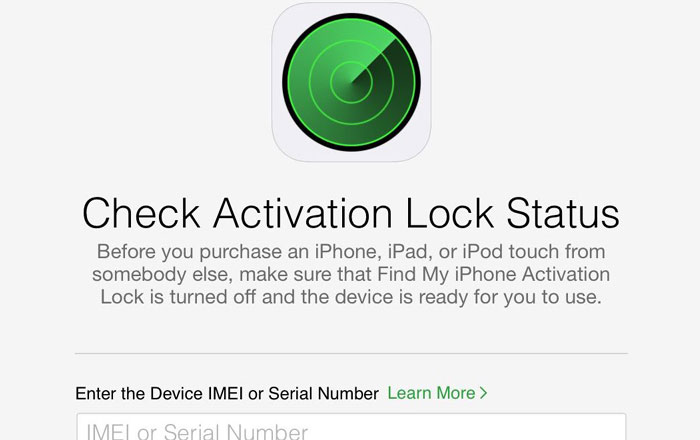 Apple’s left a lot of people puzzled with a sudden move to wipe out its iCloud Activation Lock status tool. The url for the page now showcases a 404 error which states that iCloud can’t find that page.

Apple’s Activation Lock status facility was meant for people who wanted to purchase an iPhone, iPad, iPod touch, or Apple Watch from someone other than the brand or an authorized reseller. It’s basically meant to aid consumers who want to buy a secondhand iDevice but want to make sure Activation Lock has been switched off.

To do so, a person would have to enter the product’s IMEI or serial number. If the layer of security was active, it could be taken as a sign that the iPhone or iPad was stolen. The tool effectively helped crack down on sites and individual vendors selling illegitimate goods.

However, people won’t be able to check if an iPhone is usable anymore thanks to Apple pulling down the iCloud Activation Lock status page. Not only has the window disappeared, but all references to the feature were struck off from the Find My iPhone support documents on January 24.

Apple is advising users to make sure the device they’re buying isn’t attached to any account by manually checking is it’s linked in-person. However, this isn’t possible to do for online transactions, leaving a number of individuals in the lurch with no way to double check the item they want to purchase.

Apple hasn’t explained this sudden shift. It’s possible the brand wants to discourage secondhand buying or perhaps thinks Activation Lock Status could be manipulated by hackers. There’s a chance it’s replacing the facility with something better, but we won’t know for sure until it clears the air.