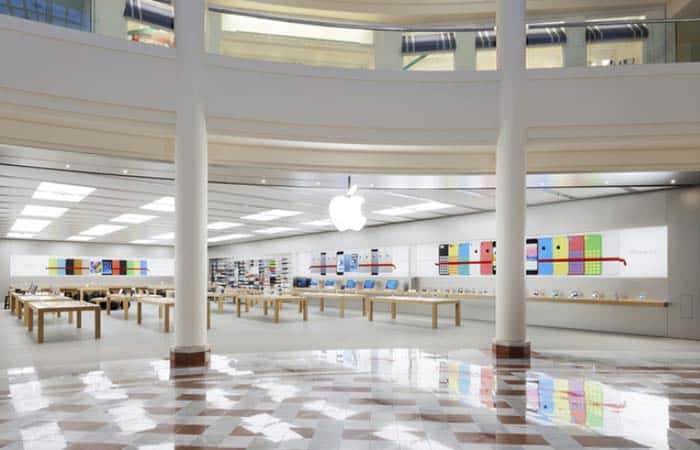 Apple is well-known for its iconic stores located across the world and has now added one more flagship outlet to its list in the form of Apple Union Square in San Francisco. The new store isn’t like the others which came before it though, as it represents the brand’s vision for the future.

Apple Union Square is all set to open its 42-foot tall sliding glass doors on May 21. It’s a special occasion for the company, since it’ll mark the fifteenth anniversary of its first two stores. The tech giant is looking to evolve its store design with the aim of playing a greater role in the surrounding community and its entrepreneurs.

The Union Square outpost is the first of many such Apple outlets, so people can probably expect more society-driven stores popping up in the future. For now, San Francisco residents can explore features like The Avenue, interactively themed displays which dynamically change with the season. The brand is also hiring ‘Creative Pros’ to staff these windows, constantly on-hand to offer advice.

There’s also an art-filled plaza which will be open to the public all day. It’s meant to serve as a community meeting point complete with free Wi-Fi and seating. Apple further plans to host events to give a platform to local and global musicians alike. Extending this relaxed vibe is a new Genius Grove section which offers Apple Support under the canopy of real trees.

It’s all part of Apple’s drive towards a more green environment. Moreover, the Union Square store is powered by 100% renewable energy sourced in part from photovoltaic panels integrated into the roof. The company is also opening a section called The Forum which is centered around a 6K Video Wall to debut new music, play games and host creative sessions.