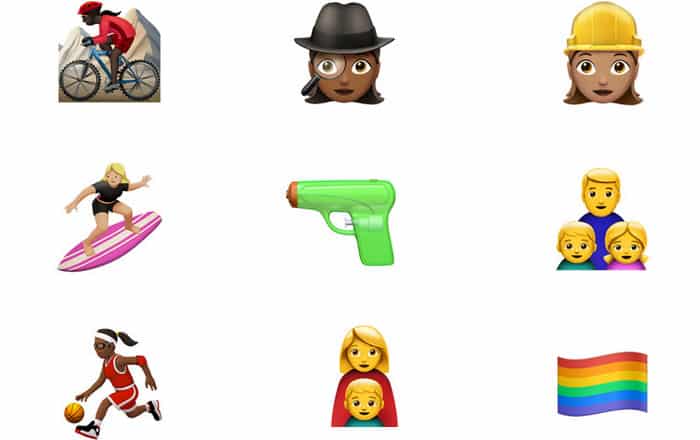 iPhone users won’t be able to use the gun emoji once iOS 10 rolls around since Apple has decided to replace it with a toy water pistol. The company has run into controversy before over its stand on firearms, supposedly using its influence to stop the introduction of a rifle emoji.

The bright green water gun is part of Apple’s 100 new and redesigned emoji for iOS 10. The previous revolver symbol had been around since 2010. People who have updated to iOS 10 beta 4 claim that the latter has disappeared and the former has now taken its place.

Apple has not mentioned the switch explicitly, choosing just to showcase the less threatening squirt gun in its press release. The tech giant had allegedly used its influence before to block the addition of a rifle and pentathlon emoji into Unicode’s list of emoticons for 2016.

The move wasn’t contested by the likes of Google and Microsoft since there was already a handgun symbol to symbolize firearms. Even that’s gone out of the window now, at least for Apple. It’ll be interesting to see whether other companies will follow its example or choose to retain the revolver emoji.

As for the other 99 other new additions, Apple has chosen to introduce more gender options and diversity in terms of skin colors. There will now be more female athletes and professionals. For instance, iOS patrons can utilize women bikers, surfers, weightlifters and construction workers instead of being forced to use only the male symbols for these jobs.

Apple has also added a new colorful rainbow flag and more family options to reflect single-parent households. Developers will be the first to get the new batch of emoji. Public beta users will probably get it in a few days.