The launch of the iPad Air and the iPhone 5C led Apple to discontinue the fourth generation iPad and the iPhone 5. Well, it looks like the previous generation tablet is set to make its comeback, but as an entry-level option to replace the aged iPad 2 that’s still being offered by the company.

According to various reports, the Apple iPad 4 could go official once again sometime today. 9to5Mac is reporting that their sources and many others have indicated that the company will not only re-launch the tablet in question, but will also offer a new model of the iPhone 5C with just 8GB of storage (Update: The phone is now official across Europe). Backing the latest information is an image which shows stock of the tablet available at Apple retail stores. 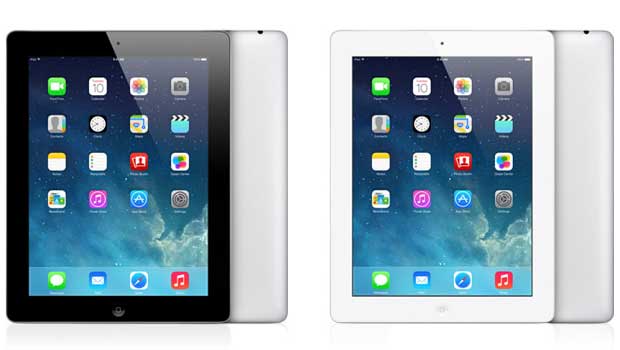 The iPad 4 was launched back in 2012 along with the Mini model. The tablet will take the place of the highly successful iPad 2 which went official in 2011, as an entry-level option. Compared to the latter, the former has a beefier chipset, 4G LTE support and a Retina display.

Take a look at the specs:

According to the report, the entry-level iPad 4 will be available for $449, while the LTE model with 16GB of storage will cost $559. These prices are $50 and $30 higher than the respective iPad 2 variants.

Update: The Verge is reporting that the iPad 4G is now on sale through the Apple Store for $399 with 16GB of storage and $529 for cellular connectivity.