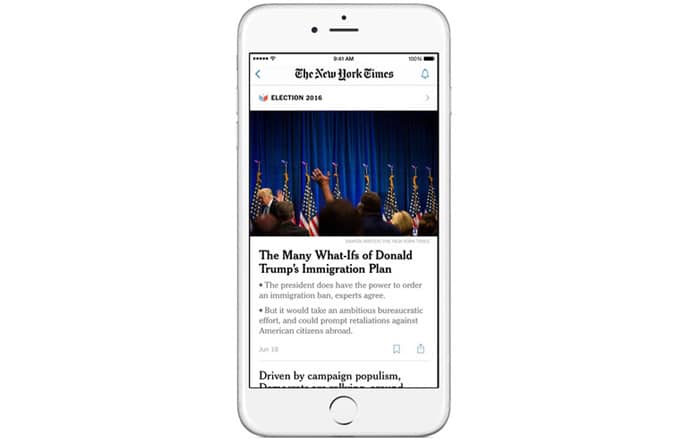 Apple’s precarious relationship with China has seen many ups and downs over the years, with the tech giant often compelled to give way to the country’s laws in order to continue operating there. The latest casualty of this back-and-forth is The New York Times which has seen its app disappear from the nation’s App Store.

Apple has confirmed that both the English and Chinese versions of The New York Times were yanked out of the China App Store on December 23. It told the paper that the app had not been allowed to display content to most users. It had also been informed that the application was in violation of local regulations.

Apple notably did not mention what rules The New York Times app was violating, who had gotten in touch with the tech giant, and whether or not a court order had been issued. However, it did say that the China App Store would restore the tool when the situation changes.

The New York Times has had a difficult go of it in China. The government began blocking the publication’s website back in 2012 after it had reported about the wealth amassed by the then Prime Minister Wen Jiabo. It recently posted news about the billions of dollars worth of subsidies and hidden perks being provided by the administration to the world’s biggest iPhone factory.

Damningly, a Times reporter apparently spoke with Apple staff about the article on December 23 and had previously been in touch with the Chinese government and Foxconn. The paper was later informed that same day that its application would be scrubbed out of the App Store.

For now, Chinese citizens can only read The New York Times by utilizing software which navigates around the government’s firewall. Apple’s previous skirmishes with censorship in the country had forced it to shut down the iBooks Store, iTunes Movies, and News app.