Apple products suspected to be offered for sub-$1000 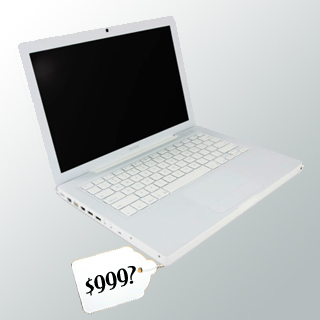 While Apple is seeing a downward curve in its profit margins, you can expect redesigned iPod and MacBook that will now be priced at a much affordable cost. Apparently, on Monday the Apple CEO announced that the company is expecting the gross margin to be low by 31.5 percent by Q3 of 2008 reports Apple Insider.

He also said that, “We believe Apple is getting slightly more aggressive with its pricing; but overall the company is not diverting from its strategy of premium pricing”.

According to investment banker, Piper Jaffray, the MacBook may be priced so low that it may even come for $1000. Also the MacBook Pro may come in the range of $1,999 to $1,799, according to Jaffray.

Apple seems to be very sure of the product’s sale even after they are modified and offered at a lower price since the MacBook Air has been selling without an optical drive, so thinks Chris Foresman from Ars Technica.

So while the advancements and developments are taking place, you stay tuned here as you might just get the news of best being offered at the cheapest price!