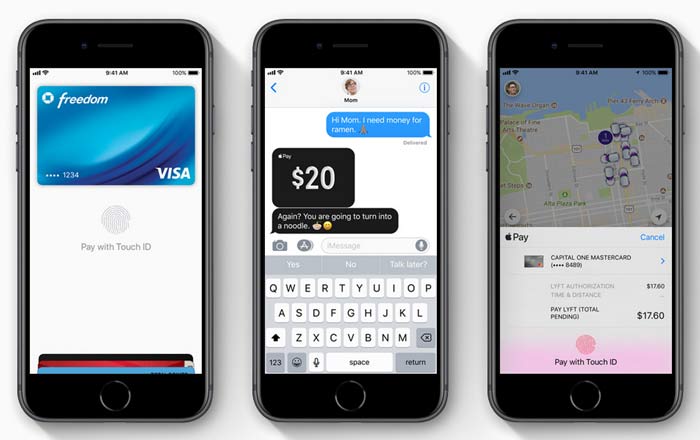 Apple has finally confirmed that it will be launching Apple Pay in India years after introducing the payments service. This comes from the company’s senior vice-president Eddy Cue himself who is in India at the brand’s Hyderabad development centre.

He’s in India with Apple Pay head Jennifer Bailey. He told Livemint that the platform is something which it definitely wants in the country, but failed to mention when exactly it would be arriving. When it does make its way here, the Cupertino-based brand is hoping to partner with popular existing names like Paytm.

Apple Pay basically functions as a digital wallet, storing debit cards, credit cards, rewards cards, and tickets in one spot for easy access. It’s protected by Touch ID and Face ID and can be used in real-life and online transactions. Users can even utilize it to pay for stuff in apps like Lyft.

iOS 11 brought with it the ability to send money to friends and family directly through Messages. The feature hasn’t gone live yet, but the general belief is that it won’t get launched in India since Apple Pay doesn’t exist in the nation yet. This may not hold true for too long thanks to Cue’s assertions.

Cue seems pretty positive on India overall, talking about how Apple’s seeing a huge advancement in digitization and how it’s own product can get things moving even faster. He sees the subcontinent as a long-term opportunity but with very short-term gains.

Apple currently has an app accelerator in Bengaluru, 2 Mac Labs in Chennai and Mumbai to promote music, a plant in Bengaluru to manufacture the iPhone SE, and the aforementioned Apple Development Center in Hyderabad where it works on Maps. Apple Pay will be the next step in its assimilation in the country.