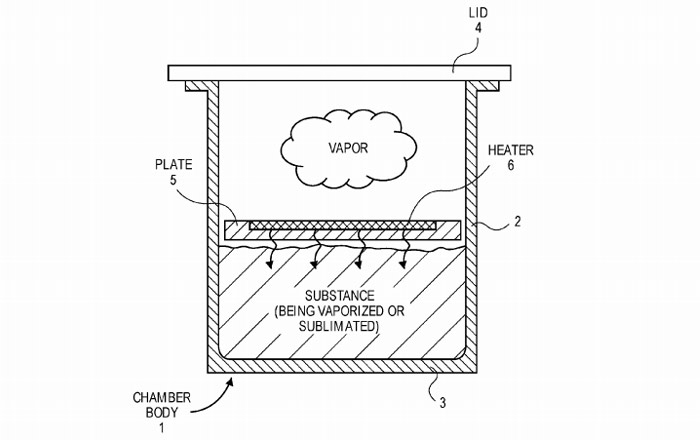 Apple’s filed some strange patents in the past, most recently in the form of a paper bag that disappointingly did not feature any kind of high-tech wizardry. It looks like the company’s once again extending its sights beyond its standard wheelhouse by filing an application for a vaporizer.

This has naturally lead to speculation that Apple wants to enter the vaping industry. The patent is a relatively recent development, with the company submitting it in June 2016. The apparatus described in the application doesn’t actually resemble modern-day vaping devices though, focusing more on the technology behind the steaming.

Apple’s patented canister is composed of a chamber body that contains a substance that is to be vaporized. A plate is placed above the material and warms up the stuff below using a heater. This plate slides downwards as the substance is consumed by the sublimation process.

Also Read: Meet the phone you can actually smoke

Apple’s own twist to the system involves tweaking the method to maximize the vaporization rate so that a greater portion of the material gets converted into vapor and less gets lost forever to cooling. There’s no specific reference to the thing being steamed and what exactly the entire contraption could be used for.

Vaping is one answer to that question. Another alternative theory could be that Apple’s developing an advanced air freshener for cars or even its stores. The company is widely rumored to toiling away at self-driving vehicles, particularly the hardware and software aspect of them.