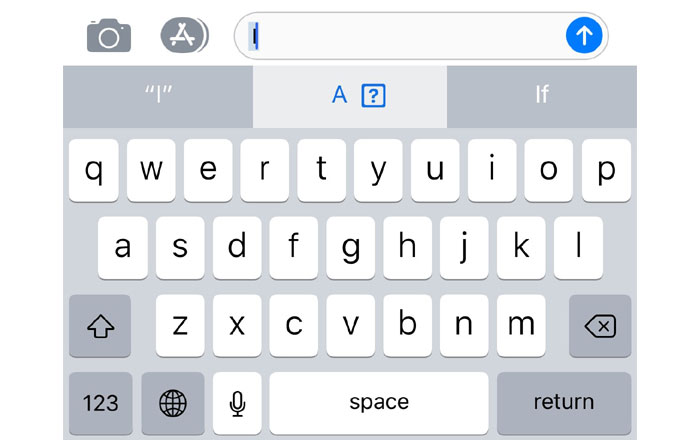 Apple’s been working overtime trying to come up with a solution to a weird autocorrect bug that transformed “I” into “A[?]” in the native keyboard. The issue picked up steam this week and has now been resolved in iOS 11.1.1, an incremental update.

iOS 11.1 got released just over a week ago, so Apple’s pushing out upgrades at a pretty fast clip. It didn’t delve into the details of the problem in its release notes, just mentioning the bug as an issue with keyboard autocorrect. The brand hasn’t even explained why it occurred in the first place.

AppleInsider reports that the error actually appeared in earlier versions of iOS 11, but didn’t get that much attention until recently when a Reddit post on the topic went viral. It appears to have spread since its early origins, with some guessing that the rot lies with Apple’s QuickType algorithm.

In any case, iPhone users won’t have to worry about the letter “I” changing into “A[?]” anymore. The problem got a lot of attention on social media, with many making fun of the weird misstep. Other than fixing the autocorrect bug, iOS 11.1.1 also resolves a problem where Hey Siri stopped working.

There are the only 2 highlights of iOS 11.1.1, with the big guns like Apple Pay Cash support set to go live in iOS 11.2 which is currently in public and developer beta. You can check if you’ve gotten promoted by heading to Settings, General, and finally Software Update.