Apple has let loose its highly-anticipated iMessage App Store upon its iOS 10 beta users just a day before the software goes live for everyone. The new platform currently offers a large range of stickers, apps and games.

To recall, iMessage was one of the main focuses of Apple’s iOS 10 announcement a few months ago. The brand is opening its native chat app to a whole host of new abilities like invisible ink, full-screen animations, and animated emojis. It even introduced a new Super Mario Run iMessage sticker pack just last week while announcing the iPhone 7. 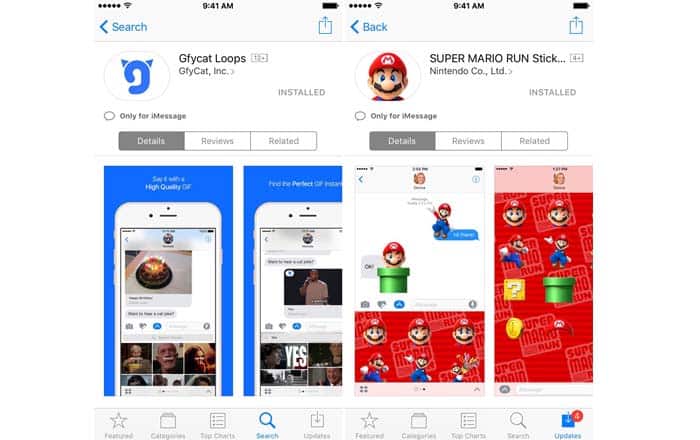 The iMessage App Store features a mixture of games such as Square Cash and Jib Jab, alongside sticker collections for properties like Star Wars and Frozen. Like the regular App Store, the iMessage App Store features a mix of free and paid applications. For instance, tools like The Weather Channel and GIF Keyboard are free to download, while others like Checkmate and Castro will set you back by $0.99 and $3.99, respectively.

Stickers aren’t entirely free either, with Disney’s stickers going for $1.99 a pop. A lot of effort seems to have gone into these stickers. For example, 9to5Mac asserts that the Star Wars one offers 21 high-quality animated images which can be peeled and pasted into conversation bubbles, as standalone replies, and directly onto pictures.

It should be noted that the some of the apps, games and stickers are extensions of existing applications in the chief App Store. These will get downloaded to a user’s Home Screen. On the other hand, standalone tools don’t have any such attachments and will feature an ‘Only for iMessage’ note in their Details window.