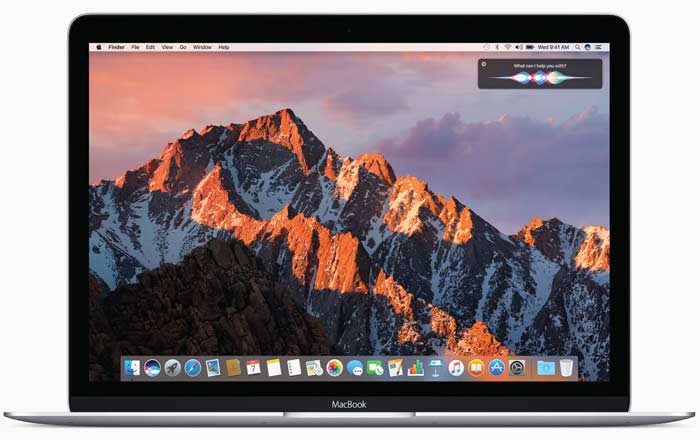 Apple has officially launched macOS Sierra as a free download for all Macs introduced starting from late 2009. The biggest talking point when it comes to the software is Siri integration, marking the first time the digital assistant has made its way to the brand’s computers.

Siri’s desktop avatar behaves in much the same way as its iPhone one with a few Mac-only features here and there. Multitasking is the name of the game, with the AI helping you do things like sending a message while simultaneously typing away at a document. You can also pin search results like sports schedules to your Notification Center.

Apart from the wonders of having Apple’s virtual assistant on your computer, macOS Sierra also offers a couple of cool new features like Universal Clipboard and Auto Unlock. The first lets you copy content from an app in one device and paste it to another application on a different device. The second syncs with your Apple Watch to automatically unlock your Mac without any pesky passwords getting involved.

Also Read: Apple may get rid of the MacBook’s headphone jack too

Even Apple Pay is getting in on syncing with your Mac. You can now authenticate purchases via Touch ID on your iPhone 6 and above or by double-pressing your Apple Watch’s side button. The company has also come up with a neat solution for memory woes by introducing a new space saver feature dubbed Optimized Storage.

macOS Sierra now has the skills to make more room by automatically shifting rarely used stuff like previously viewed iTunes movies or photos to iCloud. You’ll be able to summon them whenever they’re needed. The software can further encourage you to get rid of things like used app installers and duplicate downloads.

macOS Sierra is now live and can be downloaded through the Mac App Store.