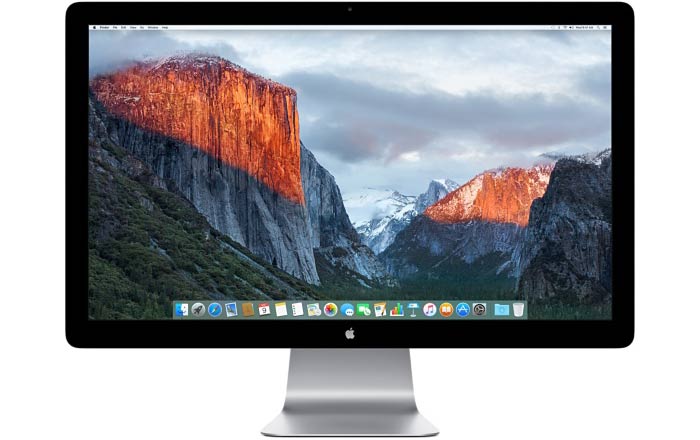 Apple has officially discontinued the Thunderbolt Display, the only standalone monitor the company produces, after failing to update it since 2011. The brand hasn’t announced whether it’s planning to release a new series to replace this one.

The Thunderbolt Display was in any case extremely outdated and overpriced at $999. If you’d still like to grab one, Apple is planning to vend it through its site, offline outlets and authorized resellers until stock runs out. Surprisingly, the company is asking people to look into third-party options if they arrive too late to grab one.

This marks a very different approach for Apple to take, given its usual stance of wanting users to buy an entire ecosystem of its products for all their needs. It might indicate that its planning to leave the display market altogether. All hope is not lost though, since there’s a chance the firm is planning to launch a new series to replace the Thunderbolt Display name.

Also See: Apple’s iPhone 6 controversy in China is nothing but a case of patent trolling

Rumors about such a revamped Thunderbolt Display came out earlier this year. There was talk that it would feature an in-built GPU, support for USB-C over Thunderbolt 3, and a 4K or 5K resolution. The older 2011-era model notably sported only a 2560 × 1440p resolution.

Now that Apple has officially confirmed the demise of the Thunderbolt Display, the likelihood of it releasing an updated version under a new moniker seems strong. We won’t know for sure until later this year, when it announces the new lineup of MacBooks in the fall.

You can snap up the Thunderbolt Display via Apple’s website. Be sure to buy it before stock runs out.