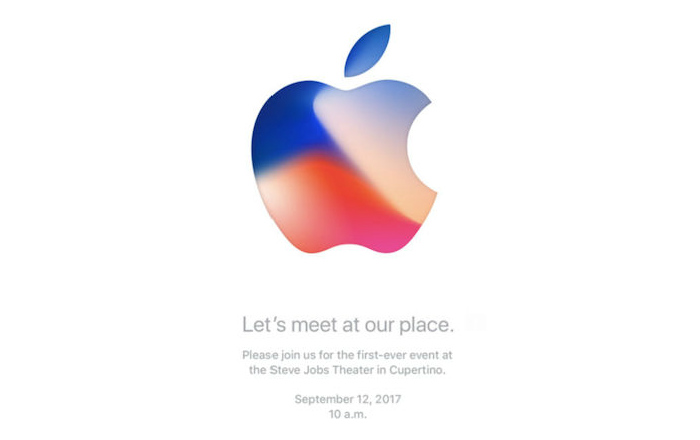 The news we’ve all been waiting for is finally here – Apple has begun sending out invites for an ‘Apple Special Event’ on September 12. The company isn’t offering up any hints as to what’s coming, but the smart money is on the iPhone 7s, iPhone 7s Plus, iPhone 8, 4K Apple TV, and Apple Watch Series 3.

Apple’s cryptic invitation starts out casual, asking attendees to ‘meet at our place.’ It then requests them to join it for the first-ever event at the Steve Jobs Theater in its new ‘spaceship’ Apple Park campus. It’s an appropriate venue since it’s been 10 years since Jobs showed off the first-ever iPhone.

The iPhone 8 is expected to be a celebration of that, introducing some of the biggest changes to the iPhone lineup ever. Touch ID might be gone permanently, replaced with Face ID. The home button has reportedly gotten the boot, with Apple making up for the loss with new gestures.

These two transformations have reportedly come about because of the iPhone 8’s all-screen bezel-less OLED display. There’s a notch up top to house various sensors and the 3D selfie camera, dividing the status bar into 2 ‘ears’ on either side. It’s drawn varied reactions, with some calling the look ugly and others praising it.

Joining the iPhone 8 on stage will be the iPhone 7s and iPhone 7s Plus. The two are expected to be direct sequels to the iPhone 7 and will stick to the same overall design. The main alterations will likely be glass on the back to facilitate wireless charging and a steel frame to keep things together.

For people not interested in buying a new iPhone this year, Apple is apparently going to announce a new 4K-ready Apple TV and LTE-supporting Apple Watch. iOS 11, watchOS 4, macOS High Sierra, and tvOS 11 will probably make an appearance as well, with the first all set to bring the magic of AR to millions of iPhones.