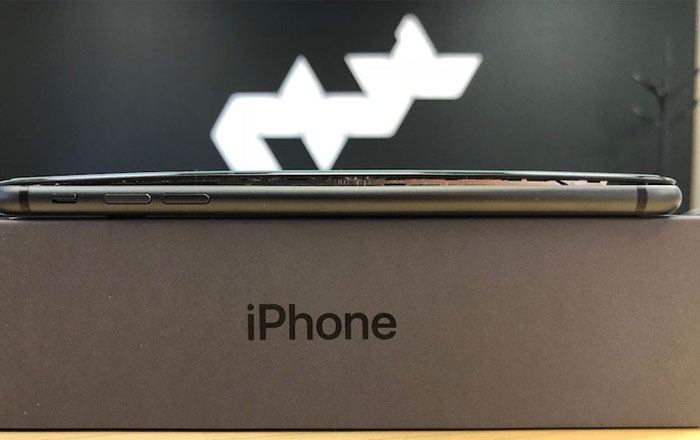 Apple is at the center of a slowly brewing controversy regarding the iPhone 8 Plus’ battery and its tendency to swell open. The issue began with 2 units in Taiwan and Japan about 2 weeks ago and has now increased to 4 more units across multiple countries including Canada, Greece, and Hong Kong.

Apple recently confirmed that it was aware of the reports and looking into them. This at least confirms that the cases are real and not a hoax, but it remains to be seen how widespread it could be. The incidents certainly haven’t reached Galaxy Note 7 levels of notoriety in the few weeks since the iPhone 8 Plus’ launch, but even that controversy took some time to build up.

The key difference between the two is the fact that the iPhone 8 Plus hasn’t actually burst into flames yet. It appears the battery is just swelling up and dislodging the display from the rest of the body. Some of the units have arrived in that state straight out-of-the-box, while others split open after charging using Apple’s official accessories.

The latter incident apparently occurred in Greece. A third-party repair shop called iRepair sent across a photo of the iPhone 8 Plus in question to Mac Rumors, telling them that the owner unboxed his brand new handset, plugged it in overnight, and woke up to it deformed.

Charging overnight is a big no-no when it comes to phones, but the fact that it was a new model and the others are as well suggests that the fault lies with the battery. A few defective units can’t exactly be taken as proof of an epidemic since it’s common to have a couple of faulty ones in a batch of millions.

Still, any battery problems are concerning in light of the Galaxy Note 7 and its tendency to explode. We’ll let you know as and when Apple completes its investigation and reveals its findings.