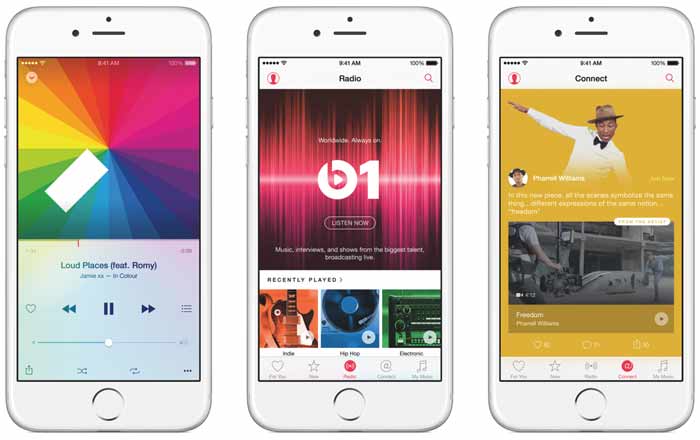 Things need to keep changing in the app world in order counter competition, and Apple Music will apparently be dealing with this by introducing a fresh design this June. This new version of the utility is said to be ready for an unveiling at the WWDC, following which it will be doled out via the iOS 10 release this fall.

The current color-heavy approach is set to be replaced with a more black-and-white look. This means the only majorly colourful things in the Apple Music interface will be the album art tiles. These will still be seen occupying a large part of the UI.

In the current Apple Music, the interface colors tend to change based on the album art, but since the new version will be opting for a monochromatic look they won’t change. This app will moreover, also be blessed with additional 3D Touch shortcut previews.

Apple Music has often been criticized for its sharing functionality not being intuitive enough, and this too will be addressed by its makers by bringing the ability to share songs front and center. Additionally, the ‘For You’ section will be seeing some changes as well. While its algorithms will more or less remain the same, this section will be way more simplified than before.

A major new feature will be wide-ranging support for song lyrics. Apple has already started working with music companies to have as many lyrics available at launch as possible. A fresh Browse section will replace the New tab to provide much more organized content.

According to the report, the new Apple Music will be made available via the iOS 10 beta this June, whereas its full launch will take place during the fall of this year.