Autocorrect fails have been part and parcel of the smartphone world for a long time now with many hilarious results. Not much has been done to stop the menace, but a new patent by Apple may just spell the end of misunderstandings on both sides of the conversation.

To be clear, Apple hasn’t come up with a magical formula to stop iPhones from making autocorrect mistakes. Instead, the patent outlines a method by which it can merely clarify a potential error to both parties. The user interface would basically be able to highlight any word or phrase in a text which has been given an unnecessary do-over. 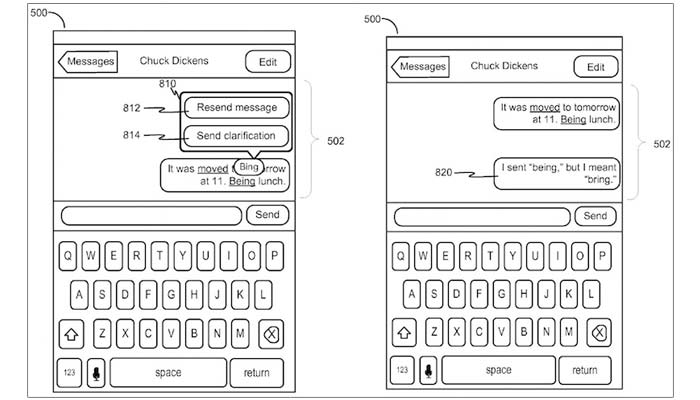 On the sender side of things, tapping the autocorrected word will trigger a prompt asking whether the iPhone user would like to resend the entire message or issue a clarification. Choosing the latter will automatically open up a stock message. For instance, if ‘bing’ gets changed to ‘being’ when the user intended to say ‘bring,’ the pre-filled text will read ‘I sent being, but I meant bring.’

Meanwhile, the receiver gets the option to request a clarification from the sender in case they choose not to send one. Apple’s procedure for the recipient is similar, with a tap on the modified word triggering an automatic sentence which says ‘You sent being. What did you mean?’ 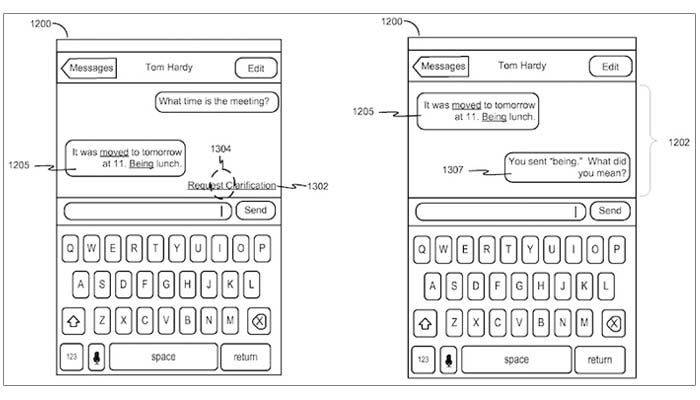 The new back-and-forth system devised by Apple comes across as a super polite way to clear the air. While it’ll certainly reduce the amount of time people take to do so, it would be nice if the technology was advanced enough to convey what the word was originally without having to send another message.

As is always the case with Apple patents, there’s no way to determine whether the new autocorrect system will get promoted to official feature status anytime soon. We’ll keep you informed if it does.