Apple Maps is getting a much-needed overhaul after years of being the butt of everyone’s jokes since its launch back in 2012. Turns out, the company hasn’t given up on the app as many assumed it had. Instead, it’s been rebuilding it from the ground up.

When Apple first gave birth to Maps, it relied on third-party data for everything. This didn’t end up well for the brand as it gave out inaccurate information and tarnished the iPhone maker’s reputation. The firm is now looking to get a second chance from consumers by using its own data for the app. 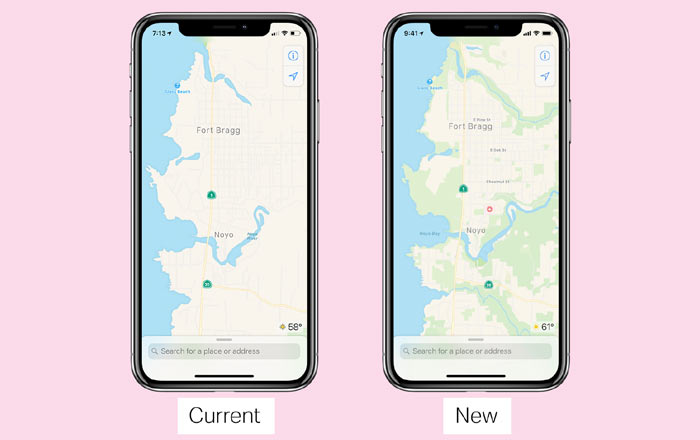 This is a huge change, allowing Apple to better compete with the likes of Google Maps. The former has been secretly using cars with advanced mapping hardware, high-resolution satellites, and anonymous iPhone data from millions of users to create a more detailed map over the past 4 years.

Apple told TechCrunch that it’s putting a huge emphasis on privacy, making sure that any data it collects can’t be tied to any iPhone owner. It’s not planning on tracking their origin or destination, but Siri can make suggestions based on local data which stays on the device and doesn’t escape to the cloud.

Interestingly, the publication notes that the equipment Apple is using in its mapping vehicles is so advanced it could easily be utilized for self-driving cars. The company didn’t comment on this, but it’s a known fact that the company is working on autonomous vehicle software.

There is also some discussion about augmented reality graphics like 3D navigation arrows being integrated into Maps, but Apple again refused to talk about this possibility. For now, the brand plans to bring all these changes to the US over the course of the year.

iOS 12 beta users will get a look at the revamped Apple Maps next week. Only San Francisco and the Bay Area will be covered right now. Northern California is set to get added by this fall. That’s around the same time the official version of iOS 12 is getting rolled out, so everyone will be able to see the changes.