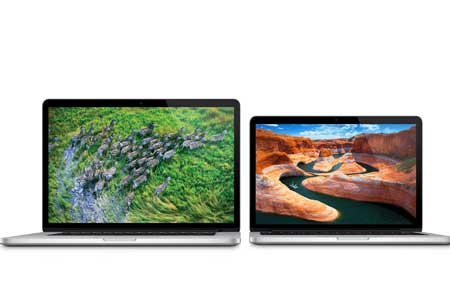 The Apple MacBook Pro with Retina has been updated with newer processors for a speedy experience and Apple has also made the 13-inch version available at a lower starting price of $1,499. The discounted units have already gone on sale through the company’s website and they can be purchased in various locations including the US, the UK and India.

The device now carries 128GB of flash storage for the aforementioned sum. The higher-end version arrives with a beefed up 2.6GHz Core i5 processor and 256GB of memory for $1,699. Where the 15-inch model is concerned, the base configuration takes on a snappier 2.4GHz quad core CPU, while the top-tier variant is being deployed with 16GB of RAM and a new quad core processor which possesses a clock speed of 2.7GHz. As the name suggests, the laptop series incorporates a Retina display which was first introduced with the third generation iPad. 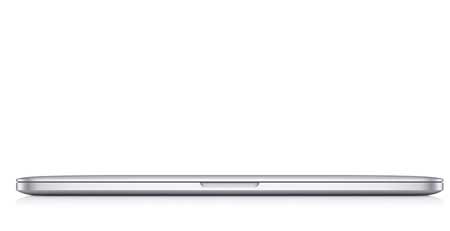 The panel in question is capable of delivering high resolution visuals. The entire range ships with OS X Mountain Lion pre-loaded and it features the latest modules from Intel. While the larger version comes with a GeForce GT 650M GPU from Nvidia possessing 1GB of GDDR5 memory, the smaller option depends on the integrated HD Graphics 4000 family for graphics rendering. Other common features include 802.11n Wi-Fi, Bluetooth 4.0, USB 3.0, a backlit keyboard and a multi-touch trackpad, as well as up to 7 hours of wireless web browsing. 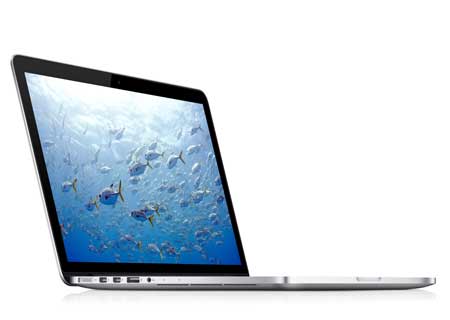 In addition to the aforementioned retail tags, Apple has also provided the starting values of the Pro with Retina display in different locations. In India, the 13-inch model will sell for Rs. 99,900, while the high-end version comes for Rs. 114,900. Potential buyers residing in the UK will have to shell out £1,249 for the base configuration or £1,449 for the top-tier one. The company has even announced a 13-inch Air with 256GB which is available for purchase at Rs. 94,900 and £1,199, respectively, or $1,399 in the US. 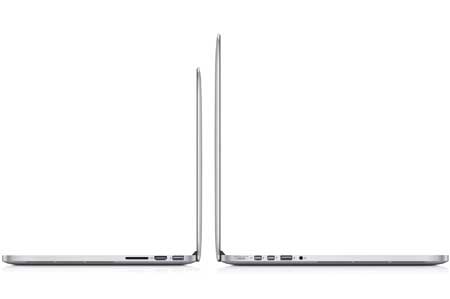 Main specifications of the 13-inch series

Main highlights of the 15-inch series