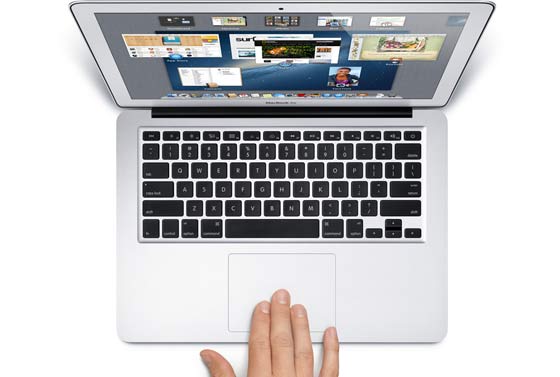 An Apple MacBook Air software update is out now for download, with fixes for some issues that the laptop was facing ever since it was released earlier this year. It was only a while ago that Apple had started doling out invitations to selected users for testing out this new piece of software, and now it has been released in a full-fledged manner by the company through its official support website. Just a 3.35MB download, it supports all the major languages around the world.

Ever since the release of these 11- and 13-inch notebooks, their buyers had been experiencing issues with the Wi-Fi 802.11ac technology which they employ. This new wireless connectivity component is claimed to possess the ability to deliver theoretical speeds of up to 1,300Mbps, but frequent outages were reported to have plagued it. This is probably about to be solved via the new Apple MacBook Air software update.

Moreover, there seems to be another little problem this upgrade will be taking care of. Occasionally, folks using Adobe Photoshop have been facing instances of screen flickering. Lastly, the Apple MacBook Air software update will even address an issue which at times led to the audio volume during video playback to fluctuate randomly.

Launched in June this year, the new and improved Apple MacBook Air notebooks feature a number of added traits that help them score over their predecessors. Apart from the fresh Wi-Fi component, they also kick in extended battery life, so users on the go need not be required to worry about plugging them in frequently.

The MacBook Air software update is now live on the company’s support page, and owners of the notebook can now download it for free.