It’s finally happened – Apple has updated the MacBook Air after ignoring it for years. The company’s cheapest laptop has gotten a new spring in its step with a refreshed Retina display, Touch ID support, and 8th-gen Intel Core i5 processors. Even the aging Mac mini got some love from the brand, getting furnished with 8th-gen Intel chips and all-flash storage.

Like the new iPad Pro, the new MacBook Air has dramatically reduced its bezels so the screen takes up 50% more space. The display is the same at 13.3-inch, but the panel just got promoted to Retina status. This translates to 48% more colors and increased sharpness. The body is still carved out of aluminum, but this time the metal is 100% recycled.

Fans of previous MacBook Air models will be pleased to know it’s as light and slim as ever, weighing in at 2.75 pounds and measuring just 15.6mm thin. It’s also easy to unlock thanks to Touch ID and the T2 security chip. They might miss the old scissor keys though, since it’s been replaced by a new butterfly keyboard.

Apple claims the butterfly mechanism is 4 times more stable and provides enahnced comfort. However, it’s been heavily criticized in the past for allowing even a tiny smidge of dust to break it down completely. The firm reportedly improved the design in the most recent MacBook Pro, but it’s still something to watch out for in the Air.

Specifications of the MacBook Air:

The new MacBook Air with a Retina display and 128GB of storage starts at $1199 in the US and Rs 114900 in India. You can place an order for it now via Apple’s site or grab it in-store on November 7 in both countries. Strangely enough, the old MacBook Air without a Retina display and 5th-gen Intel Core i5 SoC is still being sold via Apple’s site at its original price of $999. 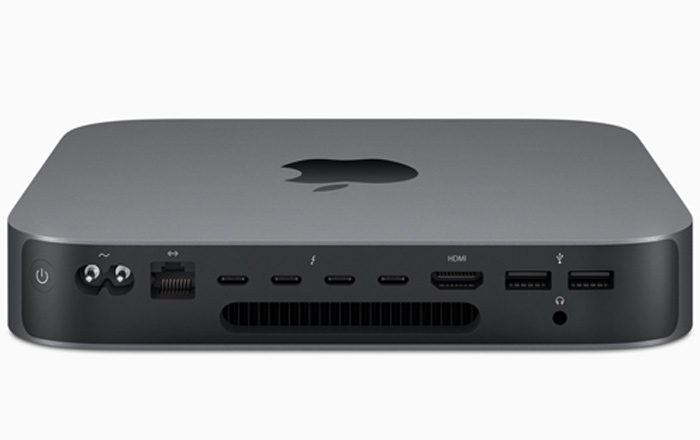 You’d think the company would offer a price cut, but it’s not budging. As for the Mac mini, the desktop computer starts at $799 in the US and Rs 75900 in India. You’ll get a 4-core or 6-core 8th-gen Intel i3/i5 chipset, up to 64GB of RAM, Intel UHD Graphics 630, and up to 2TB of SSD memory. Pre-sales are open on Apple’s site and availability begins on November 7 in India and the US.