To regular folks, the Apple Mac Pro has probably been one of the most exciting things to come out of the WWDC, even if developers disagree in the light of the OS X Mavericks unveiling. What else are we expected to say of a desktop which has been revamped to look nothing like an ordinary PC?

Think the company’s ultramodern (back in 2000) G4 Cube made a talking point? What about this new Apple Mac Pro which looks like it could be a spare part from some satellite or aircraft of the future? The familiar rectangular box we’re used to has been replaced with a cylinder and before we go any further, let’s just note that not everyone seems taken by the redesign. It’s been called a trashcan, a coffee mug, a pencil holder and many other things less tasteful. 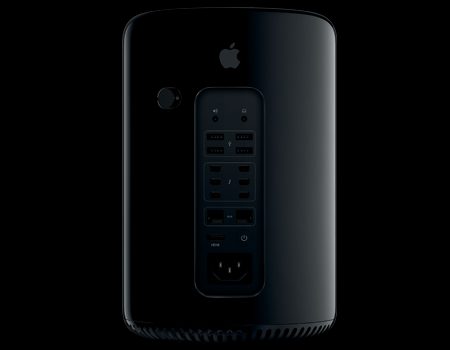 But how long before other manufacturers start to think of the unified thermal core and the arrangement of hardware inside this beast as good design elements? The Apple Mac Pro has a sort of triangular duct which is at the center of the cylinder. Within it is a fan which pulls air from the bottom and passes it through the core of the system, helping absorb and expel heat. The 9.9-inch tall and 6.6-inch wide (diameter), machined aluminum enclosure is touted to leave a footprint that’s merely 1/8th the size of its predecessor’s. 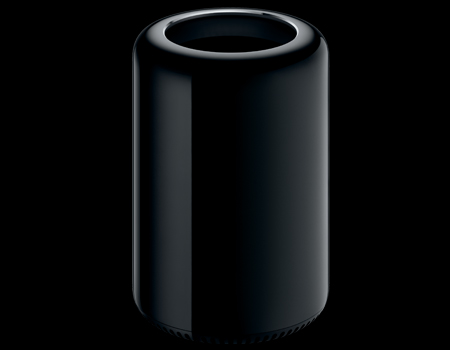 The Apple Mac Pro embeds the Intel Xeon E5 processor with up to 12 cores and a pair of AMD FirePro workstation-class GPUs. The combination should allow the device to claim compatibility with 4K displays. It is said to deliver 7 teraflops of computing muscle and perform 2.5 times quicker than the older variant. The PC works with PCIe-based storage, and four-channel ECC DDR3 RAM clocked at 1866MHz and able to handle data transmission rates of up to 60GB/s. 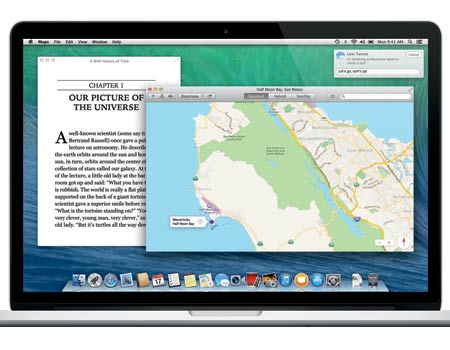 Wi-Fi 802.11ac connectivity as well as four USB 3.0, two Gigabit Ethernet, one HDMI 1.4 and six Thunderbolt 2 ports are part of the deal. Taking a quick look at OS X Mavericks, a developer’s preview of the upcoming OS was also revealed at the WWDC. There are over 200 new features arriving with it such as Maps and iBooks applications, App Nap for controlling power consumption, interactive Notifications and much more. Potential users will be able to get the full picture by downloading the OS when it is launched in fall.

In the mean time, we dread to think of the price we’d have to pay for the Mac Pro. Just do the math – some really powerful, ‘future-proof’ hardware packed into a fascinating Star Wars-esque cylindrical machine. The sum total is a huge hole in the wallet. More on that when the device is released later this year.