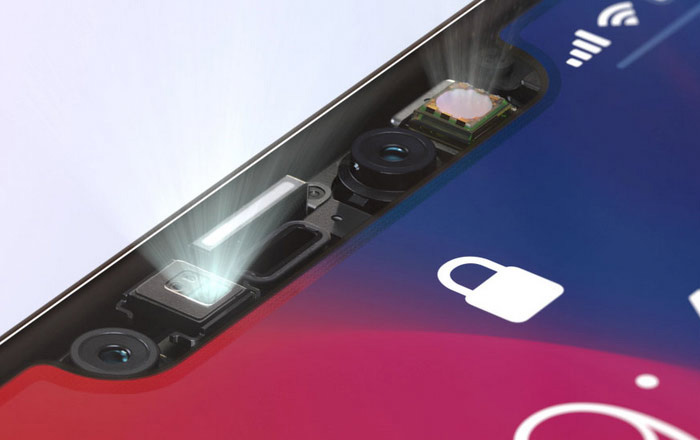 Apple’s struggles with the iPhone X have been well publicized, with the general consensus being that Face ID is the main culprit behind the expected low availability. Now a new Bloomberg report has shed some light on what the company is doing to make things better.

As per people familiar with the situation, Apple’s quietly told its suppliers that they can reduce the accuracy of the facial recognition technology to make it easier to produce. If true, this is a pretty big concession for a brand known for making high demands and applying pressure on partners to help it make technological leaps.

From the looks of it, Apple may have bitten off more than it could chew with Face ID. The tight production schedule underestimated the making and assembling of very fragile components that had to be precisely fitted in place to work.

Also Read: Sprint, Verizon, T-Mobile offering up to $350 off on iPhone X

Out of the 3 main parts of the TrueDepth camera, the dot projector is seemingly the biggest roadblock in manufacturing. It uses a vertical cavity surface-emitting laser (VCSEL) and a wafer-level optic to project 30000 dots onto a person’s face. Both substances are very easy to shatter and require extremely precise positioning.

If not put together properly even by a fraction of a hair’s breadth, the entire Face ID system breaks down. Both LG Innotek and Sharp faced major issues when combining the laser and lens to make dot projectors, with only 20% of the results being usable at one point of time.

It’s unclear when exactly Apple decided enough was enough and lowered the specifications for Face ID, but the move did get results as it look less time to test completed modules. It’s not even clear how much this will affect the tech’s accuracy. The firm had boasted that there was a 1 in a million chance someone could fool the tech at the time of the iPhone X’s launch.

Even if this stat changes, it’ll still probably be more than Touch ID’s 1 in 50000 odds. The shortage in 3D sensors will probably last until early 2018, so it’s safe to expect low quantities of the iPhone X to be available at first. You can pre-order the device starting from October 27 via Apple’s site and Apple Store app.