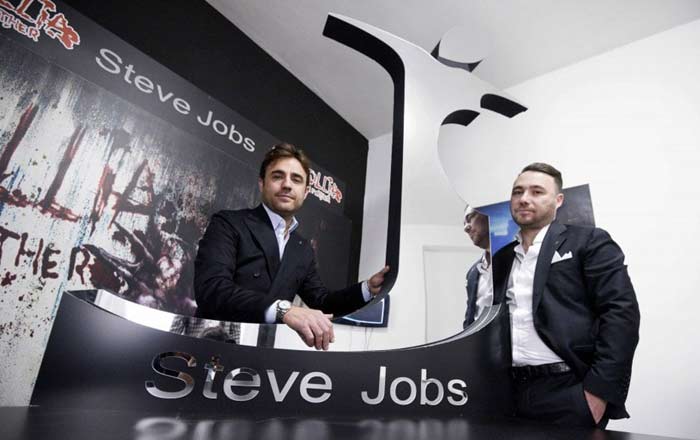 Apple has been fighting a pair of brothers for years, trying to get them to stop using co-founder Steve Jobs’ name for their clothing company. Unfortunately for the iPhone maker, it lost the legal battle for its CEO’s name.

Vincenzo and Giacomo Barbato, the 2 Italian brothers at the center of the case, decided to adopt the Steve Jobs name in 2012 when they realized that Apple had never trademarked his name. It’s an embarrassing mistake on the latter’s part. As you would expect, it decided to file a suit against the duo.

You might also expect that a billion dollar company like Apple would soundly defeat 2 brothers with little to no legal experience battling trademarks in court. This might have turned out to be the case if the brand hadn’t made a fatal mistake.

As per la Repubblica Napoli, Apple specifically decided to sue the Barbato brothers over the logo they were using to promote the brand which consisted of a stylized “J” with a bite taken out of its side and an Apple-like leaf poking out over its head. Anyone with eyes can see that it looks just like a variation of Apple’s logo.

The court didn’t agree, stating that the letter “J” isn’t edible and therefore the cutout at the side can’t be taken as a bite. The triumphant brothers are now set to release bags, jeans, and t-shirts under the Steve Jobs banner. They’re even eyeing an expansion into electronics, although they didn’t specify whether they would taken on the iPhone.