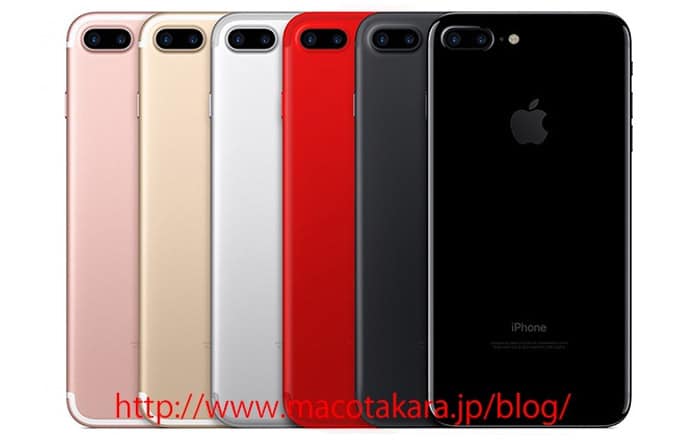 Rumors about Apple’s next iPhone have so far been pretty consistent about a few major features such as a curved OLED screen, all-glass body, and wireless charging. However, a new report suggests otherwise, throwing a wrench into pre-existing notions about the smartphone.

First-off, supply sources in Taiwan told Macotakara that Apple’s upcoming flagship will be called the iPhone 7s and iPhone 7s Plus. This goes against previous allegations that the device would called the iPhone 8 in order to indicate an entirely new series of handsets to celebrate the iPhone’s tenth anniversary.

As the ‘s’ moniker suggests, the new iPhone 7s and iPhone 7s Plus are apparently just updated versions of the current iPhone 7 and iPhone 7 Plus. This would hint that Apple is sticking to its years-long tradition of launching successors which look similar to its predecessor but feature updated hardware inside.

Major changes in store for the rumored iPhone 7s include a brand new red color option and presumably faster A11 processor. The first will probably be joined by the current gold, rose gold, black, jet black, and silver shades. The post claims that the smartphone isn’t going to be accompanied by wireless charging or a glass chassis.

There’s no way to know whether the fresh supply of information is accurate or not. A previous report had notably claimed that Apple was in the process of testing 10 iPhone 8 or iPhone 7s models, so it’s possible the one mentioned by Macotakara is one of many.