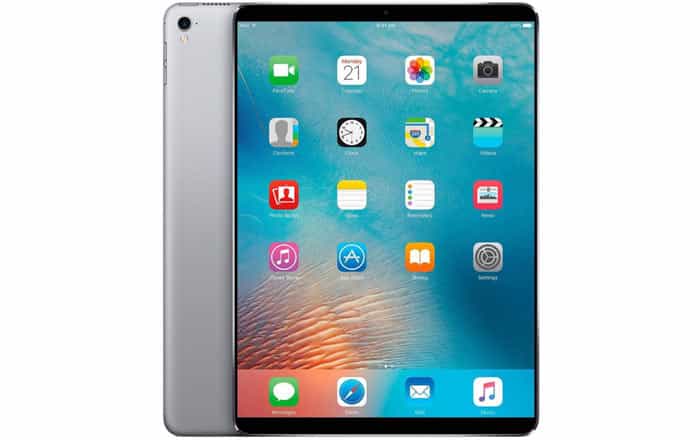 Apple is apparently working on 3 new iPads, including an all-new 10-inch or 10.5-inch model aimed at the education and enterprise sector. The tech behemoth will probably unveil the trio sometime in Q2 2017.

As per the latest insights by noted KGI Securities analyst Ming-Chi Kuo, Apple is planning to out a 12.9-inch iPad that will serve as the second generation of the current 12.9-inch iPad Pro and feature an A10X processor made by TSMC. The company is also looking to launch a more affordable 9.7-inch variant which will apparently be the low-priced option and come with a Samsung-made A9 chipset.

Kuo’s report doesn’t pin down a definitive size for the 10-inch plus iPad. However, it does note that the tablet will be a high-end offering that’s been blessed with an A10X SoC and narrow bezel design, a first for the lineup. He further predicts that iPad shipments in the present year will once again drop down YoY to 35 – 37 million units.

Still, it’s not all bad news for Apple since Kuo thinks the decline will narrow by 10% on the back of the brand new 10-inch or more model and cheaper 9.7-inch one. The former is expected to see greater demand from commercial and tender markets and the latter might just contribute more shipment numbers by accounting for 50% to 60% of total new iPad shipments.

Kuo goes on to state that the worst has passed for Apple’s iPad series since the YoY shipment decline is narrowing when compared against what it was in 2016. Moreover, a better ASP due to a more superior product mix that decreases the exposure to the iPad mini and an improved cost structure will contribute to this improved financial status as well.